At a special meeting of Muslim and Christian leaders as well as members of services, political parties and other personalities, the head of the Christian Association of Nigeria, CAN, pastor Ayo Oritsejafor sided with the ruling PDP party in pleading that the voters card readers be abandoned in the upcoming general elections.

The session was a meeting of Think Nigeria Christian Muslim Movement. 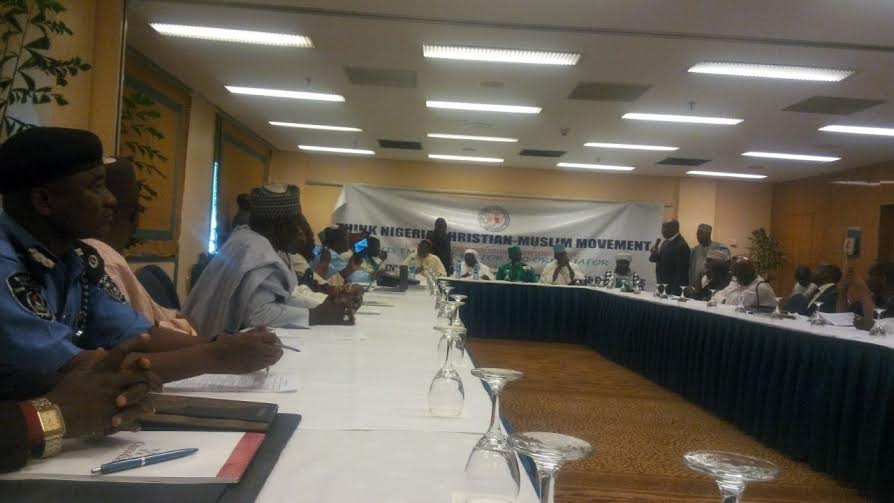 Pastor Oritsejafor a known political campaigner for the ruling party told the INEC chief that he, Oritsejafor, needed greater leverage with INEC. What this meant can only be deduced. But in Nigeria pastors have been prominent politicians aligned with the ruling party. Recently another popular pastor, Bishop Oyedepo told his audience that he was”in power.”

The Nigerian president had touted Permanent voters cards, PVC’s as his main achievement,, accusing the opposition of wishing backwardness on Nigerians if they did not appreciate the cards; however in a surprising show of desperation to rig the elections the same ruling party is now strongly advocating against the benefit of the cards via their authentication with card readers.

The ruling party is known to have been buying voters card numbers across the country. Although they have reportedly hired Israeli hackers, they are desperate to condemn the electronic card readers as hacking into INEC computers may be detectable when the results are independently analysed in the future.

Pastor Oritsejafor has been involved in several scandals with the Nigerian government including terror related. Recently he was involved in a cash-for-arms scandal when a private jet he owned was arrested in South Africa for smuggling over 9 million dollars into the southern African nation.

OPC and MASSOB terrorist groups have also organised sponsored protests in line with the corrupt PDP government to have the machines abandoned and the INEC chief, Professor Attahiru Jega sacked.