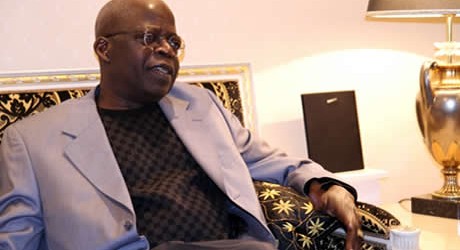 The chicken did come home to roost when five of Nigeria’s ruling party’s governors (the People’s Democratic Party-PDP) abandoned ship and joined opposition forces, swelling the opposition’s rank and more than evening the political field. As it stands, PDP now presides in 18 states, two of which has governors that have openly flirted with the idea of abandoning the party but have now chosen to stay; while the opposition’s All Progressives Congress (APC) now controls 16 state mansions, with another two state houses (Ondo and Anambra) manned by small minority parties that are actually PDP’s last satellite protectorates.

Early analysis indicates the legislative split is likely now in favor of APC in the lower house, while PDP still hold sway in the Senate. If divided government equals more oversight and scrutiny, then we’re in early days of accountability, all things being equal. Indeed, while the pessimist and lovers of the status quo have variously gone to dismiss the latest merger as political opportunism, they miss the realistic demands that underline the marriage of seeming political strange bed follows that now makes up the APC.

Certainly, while the Internet babble of political armchair commentators have previously not seen an opposition party they will not support, with most invariably ending up as mirage including one that fielded Pat Utomi for President to ultimate failure, they cannot seem to stop hating the APC contraption led by Asiwaju Tinubu. Some have accused him of heavy handedness, opportunism, even of Islamization – forget for a second that he is a Moslem man married to a Christian woman, now Senator of the Federal Republic.

The critics won’t relent – partly driven by jealousy, laziness and fear: depending on which camp they find themselves – but against all odds, the Asiwaju has driven on and is doing a lot of things right going by political evidence.

The critics of the evolution of Alliance for Democracy singular surviving Governor after the 2003 PDP sweep seem to be having a field day even as the man marched on to turn one state to sixteen! With singular focus and sagacity, “the leader” has managed to make friends with enemies and build alliances in unlikely places, learning the mundane lessons of politics: no permanent foes, only permanent interests. It is definitely in Tinubu’s interest and in Nigeria’s as well that we do not transform into a one party state with empty opposition with the PDP doing as it pleases!

If anything, the hatred the educated elites have for Tinubu’s strategy may well be a validation of its salt of earth vitality, and propensity to deliver the first true synthetic party machinery in Nigeria’s history. Where Chief Obafemi Awolowo and MKO Abiola failed to build bridges, Asiwaju Tinubu has constructed impregnable embankments across the River Niger in all directions. For while the elites are perennially bothered by issues of consistency, and loyalty – mundane considerations in Nigeria’s tough political climate- it is winning and expediency that matters to a grassroots sensitive politician like Tinubu. So far he has proven a winner, and 2015 looks pretty good for Team Tinubu.

Tinubu as a political genius is slowly being established, that is if politics is the art of corralling men of diverse interest into one platform and turning prior losers into winners. We the educated eggheads want Tinubu to build a political machinery on ideology, when he is playing politics in a country devoid of educated citizens: where filial connections trump electioneering, and rumors trump manifestoes. A country where the poor masses continue to vote against their own interest because they don’t know better, and the defense of freedom is looked upon as bravado and foolishness. This is the country where the massively Internet educated class, mostly residing overseas, want Tinubu to practice a politics of ideology!

Furthermore, high minded elitist comments that is predicated on ideological purity and the need for the position to maintain such high road while it perennially wears the toga of losers forget the dangers of a one-party state that the PDP was predicting for fifty years!  Stretching our logic further, it might actually be a good thing my elitist friends can’t stand this union, for it can be the very sign that this opposition alliance may after all succeed after several failed coalitions by the opposition eagerly supported by the elites but ending in utter failure!

Taken to its most basic form, the fact remains that political parties are established for the primary purpose of winning elections and are not ideological institutes, as some will make us to believe. This is why ideologies evolve within political parties over time; hence, the party of Lincoln in the United States today is the Tea Party; filled with racists and southern red necks. Political parties must win elections to survive then exist long enough to evolve an ideology: this is the core lessons of the failure of past progressive experiments which Tinubu and his cohorts have learnt and are now putting to good use.

For those denouncing this merger/decampment as just sheer opportunism, they forget for instance that opportunism did not drive Governors Aliyu of Niger State and Lamido of Jigawa into the arms of APC as there was more at stake than just winning. These governors  did not leave PDP because their godfathers did not clear it; their godfathers remain powerful foundation PDP members irrespective of the issues they may have with Goodluck Jonathan. For example, Lamido is tied to the apron strings of President Obasanjo and will never join the APC where Tinubu a sworn enemy of Obasanjo is in charge- or Buhari for good measure.  Aliyu , with General Ibrahim Babangida (IBB) as his sponsor will never leave PDP unless IBB leaves. IBB won’t join a party Buhari holds command – a man he rebelled against, in that 1985 coup. So here, some say Nigerian politicians don’t have principles; apparently there are some lines that will never be crossed!

No doubt in my mind, that any true lover of the future of Nigeria and believer in the power of competition to engender good and efficiency, will applaud the merger or crossover of the rebel governors to the APC.  Competition is healthy for democracy, and this is good for Nigeria. Now that we have two balanced, strong parties let the real electoral competition begin.

For those of us that remember 1992/3 experiments, the hallmark of that election was competition made possible by strong structural underpinnings and nearly balanced political power that guaranteed fairness; even though the ideological underpinnings of that experiment was at best artificial; nevertheless it produced the fairest elections in the nation’s history.

The APC and PDP dual party state now emerging may well be emergence of Nigeria’s own organic two party state much like the USA; the only difference from 1993 being that they were not even legislated to existence and are true free associations of people that just want to win elections! The perennial problem with Africa’s immature political space has been our desire to put the cart before horse; now we have a golden opportunity to see the political space evolve without any dramatic external intervention, and it must be applauded.

The two-party state will guarantee electoral fairness, and that should ensure better governance across Nigeria over time. The ideologies of these two parties may shift, and one may (if we look closely) even see some left to the center in PDP, and early signs of a right of center already in APC. In the end though, the party will precede the ideology and the political space will evolve organically. This is good for Nigeria.

While the immediate focus of the pundits will be 2015 elections, the emerging opposition need not wait until such time to have national impact. With an emerging majority in the House of Representatives (49 new members joined APC existing 137 members for slim majority of 186), APC can change the conversation on corruption and oversight.

APC can demand more accountability from  the PDP led executive and show us a preview of an activist government versus the docile one we have in place. An immediate impact will be to change the electoral law to enshrine the emerging two-party state structure in the selection of members of the Independent National Electoral Commission that should have equal party representation just as it is done in saner climes.

Until Nigeria’s opposition parties insist that the composition of INEC must reflect the partisan nature of democracies, and insist that State and National electoral commissions must consist of reps of the major parties as it is done in the US, we will continue to have bungled elections. Jega is paid and appointed by PDP, he cannot act against their wishes. We must learn to design human systems with human frailties in mind. Indeed, INEC rigs National Elections for PDP, but State INECs – also called SIECs – return entire Local Governments for the party in the Governor’s Mansion. It is ridiculous!

APC can further change the conversation by embarking on a nationwide popular registration and implement an American style open primary system that will encourage open campaigning by its presidential candidate for the mantle of the party, multiple debates and well organized internal elections that will boost the profile of the candidate that will ultimately emerge. This staggered system will be a wonder to behold, instead of the shadowy system the PDP is bound to adopt and will also possibly provide the much needed acceptance for APC’s candidate. It could as well be the first indication of change in 2015, as a more conversational electoral process replaces the age of feudalism that reigns supreme today.

Even if APC fails to win the presidency in 2015, by building from the ground-up, the political machine imagined by Asiwaju Bola Tinubu would have put its stamp in the sands on Nigeria’s political history by engendering competitive democracy and alternative electioneering. With this in mind, may be we can all just get back to the politics of ideas instead of armchair critiquing or personal mudslinging. The struggle continues.