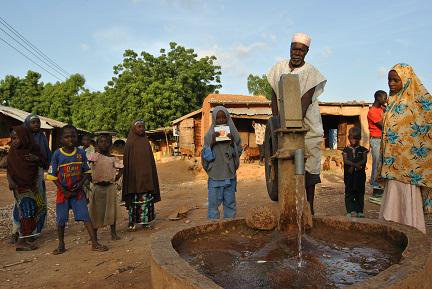 The emir of Ningi, His royal Highness Yunusa Muhammad Danyaya (CON) is a man for the people, though he presides over an ancient throne of Ningi dating over some hundreds of years, that notwithstanding he listen and act politely to his subjects with compassion and love. Presently Ningi is being undaunted by activities of kidnappers who have turned the vast bushes of Ningi local government of Bauchi state into some money making machine, extracting from the innocents of Ningi, especially those fulani living in many of its villages.

Though, military action have since commence through the 33 Artillery Brigade Headquarters, Bauchi, code named “Operation Forest Kunama” the Ningi local government and its extending bushes are still vulnerable to the merciless actions of the kidnappers. The kidnappers have now graduated into sending letters to their targeted victims to make available certain amount of money or risk being kidnapped.

Though the people of Ningi are happy with the ongoing military operations, and the subsequent arrest of some of the kidnappers and some other cattle rustlers ten days ago, the military efforts have seen to 100 cows being recovered, 19 sheeps and many donkeys, some of kidnappers also lost their lives and about 439,000 ransom money also recovered as disseminated by the The Deputy Director, Public Relations Officer, 33 Artillery Brigade Headquarters, Bauchi, Major Joseph Afolashade.

With all the successes recorded, some of the people with available information believed that the military operations were started on a wrong footing and one of those is BAUSHE of Ningi (a hunter warrior).

Baushe of Ningi looking disappointed he told me that for the past 20years he has been hunting in the Burra forest of Bauchi state , he hunt hyenas and that has given him a rare opportunity to access the inaccessible part of the forest that traverse to Falgore forest of Kano state in the northwest to the Zamfara forest where the kidnapping business started and upto the popular Sambisa of Maiduguri, Borno state.

Baushe stated that, the kidnappers have once blocked him but only had to blind them before he could pass unabated, he further informed me that some weeks ago he was called by the Bauchi state police commissioner to come over to Bauchi for an interview on an information he earlier provided to the Ningi emirate, though the emir at the time was out of the country, he still made available the stationary position of the kidnappers in the vast forest which was subsequently passed to appropriate security authorities this was before the military operations started.

Baushe in his courageous appeal requested for a number of security operatives to join his other colleagues of hunters to lead the military into the bush unto the position of the kidnappers, but he only learned of the military in the forest taking the wrong way which led to the kidnappers becoming aware and all disperse into the forest in various groups. When asked where he saw some of these kidnappers, he said he came across some of them in Dogon Ruwa, Tibilu, Gyalman fare, Dileri marchiko, Dutsen Goggo.

From all indication, it seems the military and other engaged security operatives operating under the Operation Forest Kunama” have alot to gain by engaging these locals who are more proficient with the terrain and may provide intelligence that may be used to fish out these criminals now scattered all over the forest.

From the little i learned, Ningi people are still prone to kidnapping and it may take time with serious military engagements before live may become normal in Ningi and its environ and by extension Bauchi state.