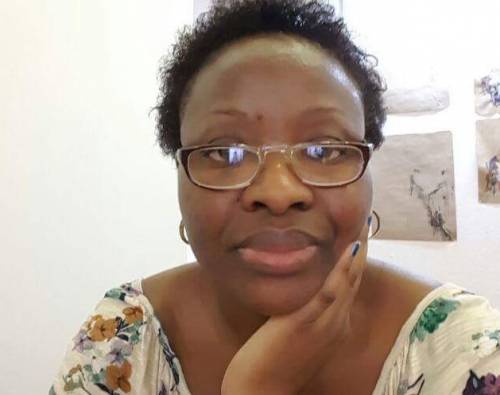 Bottom-line up front, if things don’t change quickly in Nigeria, your future is at risk if not completely doomed.  I was alarmed to hear the Nigeria minister of finance, few days ago, along with other government officials make a justification as to why the Nigeria masses must start paying taxes including the beggars on the street.  That is what the giant of Africa have come to!  What a big shame – This is not to say that taxation is something not done, but it is inappropriate presently; but this is another topic!  The Nigeria government for years now have always put the kart ahead of the horse on every issue; lazy or inept enough to continue failing to do their jobs while getting paid.

I have listened to Nigeria citizens lament of increasing NEPA bills on masses who hardly get electric power in their homes from NEPA for the bills already paid; and while not getting the product they paid for, crazy government are raising the prices on them.  Now the newest lunacy is their plan to tax even the beggars on the street.  On a side note, how will they even know who is who to tax as they have completely failed in implementing a system that accounts for every citizen just like in civilized societies.

Further, they forget they have not created jobs and aren’t consistently paying salaries to those who have the handful of jobs in the country – how do you tax people who have no employment and those that you have not paid for the work they put in?  If these doesn’t scare you, you are not awake.  You are unconscious though not physically dead.  Every person of minimum mental ability in Nigeria should see by now that there is no light in the tunnel – Nigeria is not going forward, it is not even stagnant, it is rather retrogressing; why because we have visionless, directionless, thoughtless and wicked people in leadership.

These set of people in leadership have bankrupted Nigeria by stealing collective wealth to settle their pockets without regard to the duty their offices are called for.  They borrow to pay themselves and finally, when there is no other way to raise money for themselves, they must now tax you the masses to continue to assuage their bottomless vices.  Youths, let me break it to you, if you continue to enable this leaders by fighting against change and antagonizing the Biafra agitators, who are the only people putting on action to bring a change for a more secured future, there will never be peace in that country, those clueless leaders will never make the effort to build a country that will sustain its people’s needs.

Just think about it, for 57 years, these group of people have continued to recycle themselves in government and amassing wealth that they can’t spend for 10 life times at the expense of YOU the masses.  It is outrageous and irresponsible for the youths to remain loyal to these evil cabal.  I am not advocating violence.  I am advocating that you stand up and protest and demand to take your destiny into your own hands alongside the Biafra peaceful protesters.  Biafrans are already doing what is necessary to affect change and that is why you must support the cause.  And by the way, the Nigeria military should protect the people and be for the people instead of killing the people at the government bidding.

I have been observing what’s going on among Nigeria youths.  Majority of them do not understand what is at stake regarding a way forward for there to be progress in that part of the world.  These youths are resolute and fight really dirty against each other in defending politicians, religion and tribe, ignorant to the fact that the politicians they defend have never had the best interest of them youths at heart – It has been so bad that I myself have been aggravated and drawn into such situations in a bid to awaken people to their blind spots.  They are hell bent on proving that they are more eloquent on promoting their politician, tribe and religion while defending one Nigeria (which begs the question, if you hate one another so much, why do you want to remain as one Nigeria) and fail to see the following:

-The problems of tribal differences will continue to retard any meaningful progress in the country: This will never change unless Nigeria is broken up.  The masses tend to focus on defending their tribe men who have done wrong instead of protecting the interest of the whole Nigerians.  Every tribe does this and I do not see it changing until the country is divided up by tribe and then people can focus on the real issues and no longer defend evil for the sake of tribe.  And this very reason is one that shows that things will not work out if separation is not considered.  There won’t be peace and progress in a house where they fight and hate on each other perpetually?  Think about that!

-Consider the fact that dividing into smaller regions will bring out the best in each region.  It will foster easier accountability of leadership by the people.  It will enable people of every region to appreciate and better utilize every God given resource to sustain themselves and fashion more creativity among the people.  I remember that Nigeria main stay used to be agriculture and since the advent of oil, agriculture was abandoned for easier money.  There are many countries that the totality of their economic sustenance comes from agriculture.
-Breaking up Nigeria into smaller or it’s original parts will encourage healthy competition within each region and eliminate the toxic competition among the tribes within Nigeria.  Lack of toxicity facilitates creativity among people and within units.  And one of the best things is that dividing Nigeria does not have to change the economic relationship among each region.  As I mentioned in a previous writing, the regions will remain neighbors and can or should continue to do business with each other.  Let’s all make it a peaceful undertaking.  A divorce does not have to be bitter.

It will only be bitter if someone makes it so.  There is no problem that cannot be solved by peaceful dialogue.
I have more to say but will stop here until next time!