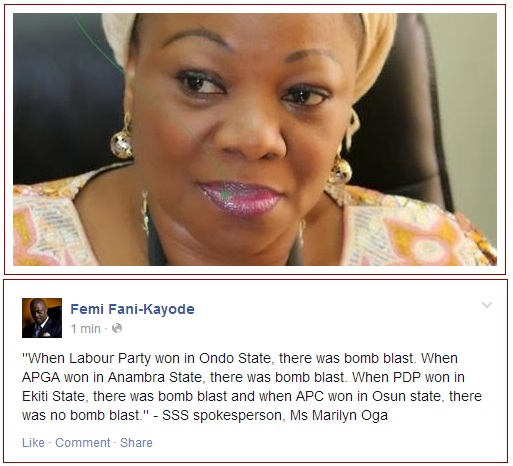 Olufamous-Rather than put more efforts into the fight against Boko Haram since they are running out of terrorists, the SSS spokeswoman, Ms Marilyn Ogar is busy joining Femi Fani-Kayode to draw a correlation between APC and the Boko Haram sect. It’s very sad that such a respected organisation is now playing politics.If SSS has facts on any APC leader’s link to Boko Haram and the person has not been arrested, then those in their leadership deserve to be sacked. The SSS must stop playing politics with security. That is out of line!