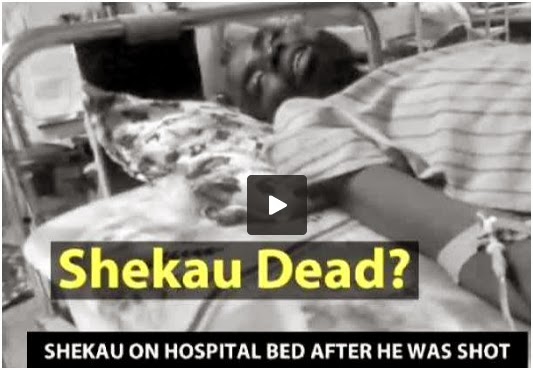 NewsRescue– It is that time of the year again. They say a new 40 minute video of late Shekau has emerged in which the dead leader spoke purportedly for 19 minutes, claiming the recent december 2nd Nigerian army attack and promising fire at the United States.

However as is the pattern, there is no such video out yet. AFP claims to have a copy as does DailyPost but neither has posted even a picture from the said video.

NewsRescue is waiting for this next fake video to discredit as we have done all in the past. It’s again over 20 hours and NO video. Not even a still picture from the ‘video’ yet. The new fake shekau imposter is usually a very chubby man, whereas, the real late Abubakar Shekau was rather asthenic. Those with malicious intent, struggling to provoke and aggravate crises will stop at nothing, obviously.

We can’t wait to analyse it. 19 minutes will give us a lot of juicy ‘Shekau’ to expose. The last release by AFP who virtually susprisingly release all his ‘recent videos,’ was barely 10 seconds and ridiculously fake. AFP had initially claimed that latest video had Shekau walking around displaying ammunition, but by the time the 9 seconds clip was released a day later, it only showed a Shekau look-alike sitting and having just enough time to put a large chewing-stick in his mouth, before the Camera faded. A pure sham.