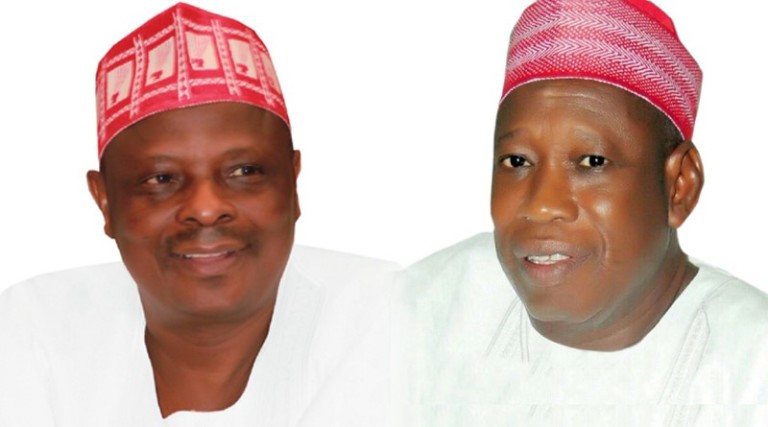 Ekiti State Governor, Mr Ayodele Fayose has condemned the Tuesday’s
invasion and seal off of the residence of former Kano State Governor,
Senator Rabiu Kwankwaso by armed policemen to prevent a mass wedding
programme, reiterating his earlier warning that the All Progressives
Congress (APC) and its supporters have built dictatorship round
President Muhammadu Buhari by not joining other Nigerians to condemn
his undemocratic acts.

The governor, who said he was more concerned about the rape of
democracy and the rule law under the APC government of President
Buhari, added that; “The fact that Senator Rabiu Kwankwaso is of the
ruling APC should worry well-meaning Nigerians because it appears no
one will be spared by this anti-democracy agents that have taking over
Nigeria.”

In a statement issued in Ado-Ekiti on Wednesday, by the Special
Assistant to governor on Public Communications and New Media, Lere
Olayinka, Governor Fayose wondered where it was written in the laws of
Nigeria that Nigerians must obtain Police permit to hold wedding
ceremony or even to assemble in private residence.

The statement read; “When they invaded the Akwa Ibom State Government
House with armed men of the Department of State Security (DSS), I
raised alarm then and I did warn that Nigeria was being returned to
1984 when President Buhari ruled the country like a maximum ruler.

“When I said Nigerians irrespective of their political parties should
rise in condemnation of the President Buhari’s government emerging
dictatorship, many of our friends in the APC opted to keep silent.
Some even hailed the Department of State Security (DSS) when the
service invaded the Ekiti State House of Assembly and abducted a
member of the House.

“Last week Wednesday, when the police sealed off the venue of the
Peoples Democratic Party (PDP) National Convention in Port-Harcourt
and blocked the road leading to the Old Presidential Lodge of the
Rivers State Government House where I and other PDP leaders were
accommodated, our friends in the APC kept silent. Some even hailed the
police!

“However, as a Nigerian and ardent lover of democracy and rule of law,
I have elected to once again condemn the yesterday’s armed policemen
invasion and seal off of the private residence of Senator Rabiu
Kwankwaso and I hope that this time around, our friends in the APC
will realise that no one will be spared by the time this emerging
dictatorship reaches its peak.

“Nigerians should realise that with the bullying of Kwankwaso, a two
term governor, former minister of defence and serving senator, it is
now very clear that the APC government will even be intolerant of
opposition within the party, not to talk of external opposition and
men of good conscience should prevail on President Buhari to caution
the security agencies to be mindful of foisting tyranny on Nigerians.”