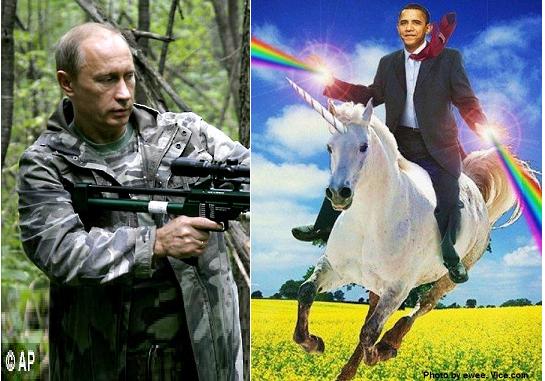 Russia Will Help Syria in Event of a Military Strike

Russian President Vladimir Putin has said Friday at the G20 in in St. Petersburg, that his country will help the Syrian government in the event of a foreign military intervention.

“Will we help Syria? We will. We are helping them now. We supply weapons, we cooperate in the economic sphere, and I hope we will cooperate more in the humanitarian sphere … to provide help for those people – civilians – who are in a difficult situation today,” Putin said. -Press

On the eve of the G-20 Leaders’ Summit, Russian President Vladimir Putin had some harsh words regarding U.S. Secretary of State John Kerry’s campaign for Syrian intervention.

“We talk with these people. We assume that they are decent. But he lies,” Putin said of Kerry’s drive to go to war, according to Time Magazine. “And he knows that he lies. That’s pathetic.”

The remarks “seemed more fitting for a barroom scrap than a Kremlin statement…” Time Magazine claimed.

Since the Syrian chemical weapons attack that took place on August 21, Kerry has fiercely attempted to sell Congress and the American public on the immediate necessity of a “no-boots-on-the-ground” Syrian strike.

As Putin pointed out, however, the former presidential contender and Skull and Bones initiate has not been very honest in representing certain aspects of the scenario in Syria.

During his speech last Friday, for instance, Kerry said that at least 1,429 Syrians were killed in the chemical weapons attack “including at least 426 children.” That number was greatly exaggerated from a figure quoted by international aid group Doctors Without Borders, who claimed the actually number of dead was 355.

During the same speech, Kerry also described seeing “…rows of dead lined up in burial shrouds, the white linen unstained by a single drop of blood.” In fact, Kerry was describing a propaganda photo “accidentally” used by the BBC last year (interestingly, also in a push for Syrian invasion) which was retracted after it was found to be from the 2003 Iraq war.

According to Time, Putin also took issue with Kerry’s denial that Al-Qaeda forces were infiltrating ranks in the Free Syrian Army, a fact that Infowars and others have consistently driven home.

“They lie beautifully, of course. I saw debates in Congress. A congressman asks Mr Kerry: ‘Is al Qaeda there?’ He says: ‘No, I am telling you responsibly that it is not’,” Putin said, according to a Reuters report covering a meeting of Russia’s Presidential Council of Human Rights.

“Al Qaeda units are the main military echelon, and they know this,” Putin stated. “It was unpleasant and surprising for me – we talk to them, we proceed from the assumption that they are decent people. But he is lying and knows he is lying. It’s sad.”

Putin is correct in his assertions. Over the past year, Infowars has been at the forefront of reporting on the merging of elements within the Free Syrian Army with jihadist elements that possess direct ties to al Qaeda groups and thus to the CIA.

For months, we have repeatedly documented brutal attacks led by these groups, including attacks on Christian churches, terrorist bombings and grisly, unchecked massacres.

Additionally, the London Telegraph has also reported that several Syrian rebel groups have pledged allegiance to the Jabhat al-Nusra Front, an al-Qaeda offshoot responsible for killing American troops in Iraq and which was designated a terror group by the State Department last December.

Even The New York Times has had to report that “Most of the arms shipped at the behest of Saudi Arabia and Qatar to supply Syrian rebel groups fighting the government of Bashar al-Assad are going to hard-line Islamic jihadists, and not the more secular opposition groups.”

Despite a wealth of evidence supporting the fact that if we launch into a Syrian intervention we will, as Congressmen Dennis Kucinich and Ted Cruz put it, be “Al Qaeda’s air force,” the president, his Secretary of State and Congressmen in the Senate Foreign Relations Committee who voted in favor of a strike yesterday are unfazed in their desire to go to war.

(CNN) — President Barack Obama is set to meet with leaders of several Russian social activist groups Friday, an event likely to touch on the sensitive subject of gay rights in the nation amid tensions over Syria.Earlier this year, Russian President Vladimir Putin signed a law passed by parliament that bans the public discussion of gay rights and relationships where children might hear it. Violators can be fined and, if they are foreigners, deported.Obama, who has advocated gay rights and same-sex marriage, has said that “nobody’s more offended than me” by the Russian law.Critics say the Russian law is so vague that anyone can be prosecuted for wearing a rainbow T-shirt or holding hands in public with someone of the same sex.At the event Friday in Russia, Obama is due to meet with representatives of groups that support a range of causes, including media freedom, protection of the environment and lesbian, gay, bisexual and transgender rights.