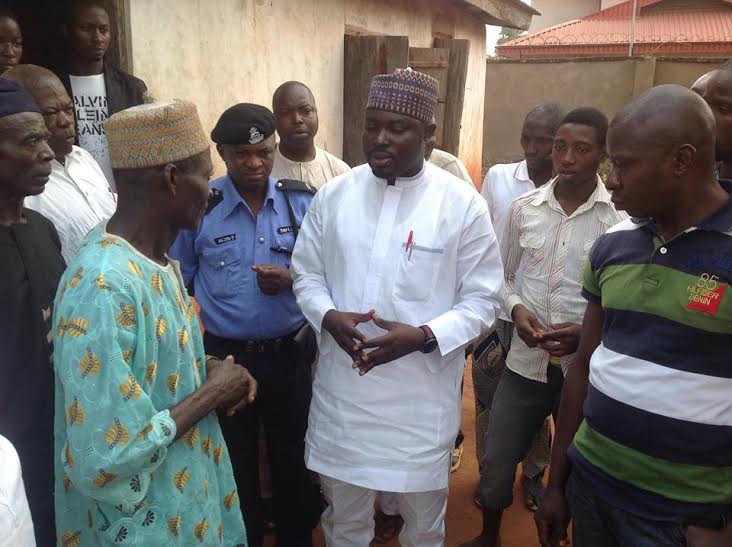 A group, Kogi PDP Youth Network has alleged that the governor of Kogi state, Idris Wada, has perfected plans to assassinate a governorship aspirant under the platform of the People Democratic Party (PDP), in Kogi State, Mohammaed Ali.

The group in a statement made available on Saturday by its Secretary, Ibrahim Rabiu, also accused the suspend Ali from the party, commence the arrest of his supporters and also the destruction of his campaign billboards and posters throughout the state.

Citing a very close ally of Governor Wada as its source, the group said the meeting where this plan were hatched was personally attended by the governor himself, with his Chief of Staff and other members of his kitchen cabinet in attendance.

“We authoritatively gathered that the plan to assassinate him, suspend him from the party and deploy his killer squad (Governor Wada) to henceforth destroy his billboards and posters with aid of government house police force was muted in a meeting attended by the governor, his Chief of Staff and other kitchen cabinet members,” the group said.

“This is why Governor Wada has planned to commence the arrest of Comrade Ali’s support groups which are predominantly youths cutting across the length and breadth of the state.”

The group attributed the problem to the failure of the governor to convince the PDP national leadership to reverse its decision on the cancellation of a list of delegates allegedly put in place by Governor Wada to enable him an easy ride to secure the ticket for his second term bid.

Abusidiqu had reported how the governor stormed out of the PDP national Secretariat in Abuja, after failing to have the decision of the PDP NWC rescinded.

The group, while calling on the younger generation to which Comrade Mohammed Belongs, to see this as a challenge to their aspirations, therefore warned that no harm of any form must be meted on the person of Comrade Mohammed Ali and his supporters.

It called on security agencies to ensure the protection of Comrade Mohammed Ali to forestall any breakdown of law and order.