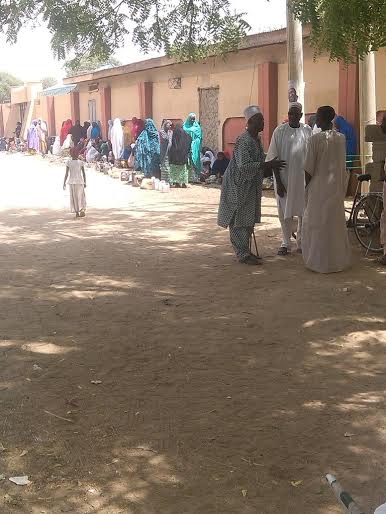 Nigeria successfully held its presidential election on 28th March, 2015 amid allegations of harassment and intimidation by law enforcement agents. Gubernatorial and state assembly elections are now scheduled to hold throughout Nigeria on Saturday, 11th April, 2015.

The Muslim Rights Concern (MURIC) expresses disgust at the manifestation of impunity as the Federal Government ignored two court orders prohibiting the use of soldiers during the election. This is a big minus in the records of President Jonathan. It ranks him in the camp of noncompliant rulers in democratic practices.

Soldiers were drafted to the states in their thousands about one week to the day of election. A country that is fighting a daring insurgency is not expected to use soldiers for a purely civil exercise. It was an unnecessary diversion and we strongly condemn the manner court injunctions were ignored.

Although those who canvassed the use of soldiers for elections had insisted it was for security purpose, the sinister motive behind the drafting of soldiers for elections became manifest in the allegations of electoral malpractices perpetrated by soldiers in Benue, Rivers and other states in favour of the ruling party during the last presidential election. Voters were reportedly coerced by gun-totting soldiers. Opposition party agents were allegedly chased out of polling units at gun point. Those who refused to leave were reportedly forced to roll on the floor.

This is highly disgraceful. Such treatment is inhuman and degrading. It is a violation of voters’ Allah-given fundamental human rights. We charge the National Assembly to compile reports of the maltreatment of voters throughout the country with a view to fishing out the culprits. This should not be difficult because there must be records of soldiers’ movements during the election. Those found culpable must be taught lessons tough enough to deter a repeat by others in future.

MURIC says no to impunity. There must be respect for rule of law. Like Ceasar’s wife, security agents must be above board. Our soldiers must learn to obey only lawful commands. They must not allow themselves to be used by politicians. Neither should they be overambitious.

In addition, the Nigerian Army should not allow itself to be pushed into the murky waters of politics in future. MURIC strongly denounces the ignominous role played by the Nigerian Army in the certificate saga of the President-Elect, General Muhammadu Buhari (rtd). It is most scandalous that the general’s certificate which the army insisted that it did not have was allegedly found in its files few days after the general emerged winner of the election.

In conclusion, we demand the full concentration of the army in the fight against insurgents in North Eastern Nigeria. No soldier should be used for the state assembly election. Allegations of high-handedness and partisanship on the part of soldiers during the March 2015 presidential election should be investigated and the culprits must be punished. We advise serving soldiers not to ruin their careers by turning professional sycophants and riggers of elections.