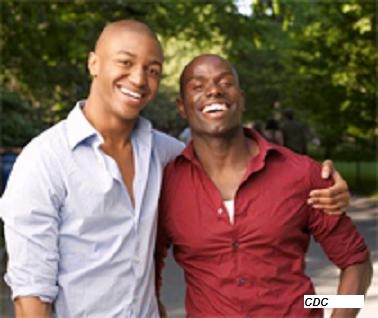 NewsRescue– Despite advances in therapy, greater awareness and societal de-stigmatization of homosexuality in the US, the group still faces rising rates of HIV infection.

Among others, the rate of new infections has leveled up, raising hopes of control, however among the MSM (male-sex-male) group in the US, the new data is not very encouraging as their rate of infection has been rising over the years.

CDC data from 2010 revealed that MSM, who are an estimated 2% of the US were responsible for 78% of HIV infections, with African-American MSM being at highest risk. This gives MSM a staggering 200 greater odds of infection than straight Americans.

CDC: HIV Among Black/African American Gay, Bisexual, and Other Men Who Have Sex With Men

Poverty, lack of access to healthcare and lower education are some of the reasons why black MSM are disproportionally infected with HIV, compared to other groups.

Blacks also have a larger proportion of ‘down-low’, bisexual males, this has led to an increased risk of HIV among black females who account for 66% of infections among women, despite blacks being 15% of the US population. Bisexual males serve as a conduit transferring the virus from the epidemic in the MSM community to straight females. AIDS has in recent years been listed as a leading cause of death for black women aged 25-34. Gladly there has been a 20% decrease in new infections in black women between 2008 and 2010.