According to witnesses, the trouble started when a soldier who frequents a hemp joint at waterside, went there in plain clothes and refused to pay claiming espiri-de-corps.

After the soldier was harassed, he left and brought some other soldiers to sack the joint. Upon arriving there weed seller could not be found and when the army inquired, no one admitted knowing where the seller was. The infuriated soldiers allegedly shot and killed an innocent bystander.

This provoked the riots which quickly took an ethnic turn with stabbing and burning of victims.

The Police Area Command did a nice rescue mission to save the life of  hausa community and muslims  in Aba, otherwise there would have been tons more casualties. 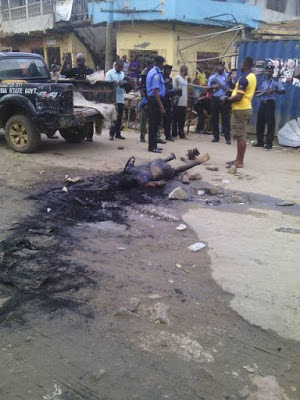 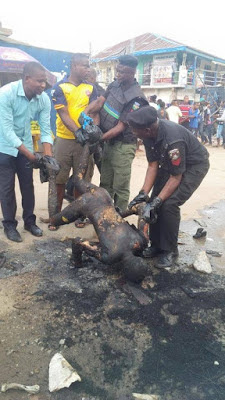 The Igbo man shot to death by the soldiers 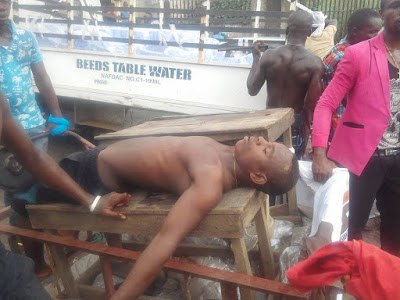