Hon. Jibrin who cleared the air on the controversy, challenged the presidency to tell Nigerians where the project was included in the budget.

The Kano-born politician took to his verified Twitter handle and said thus:

@AbdulAbmJ. “I actually find it shocking that even some National Dailies made the removal their headlines. A little research would would have helped”.

“Lagos-Calabar Railway line was NEVER captured in the budget that was sent by the Executive. How then could it have been removed by NASS?”

“All they, and those spreading the false information needed to have done is check the initial document sent by the Executive”.

“Lagos-Calabar Rail was never included. How could NASS have removed what was not there? But the nation is being misled”.

“The NASS has always been on the receiving end of bad press. This is being capitalised on in the conversations on #Budget2016”

“This is unfortunate as it is quite clear to all and sundry that #Budget2016 and all its headaches and controversies didn’t emanate from NASS.” 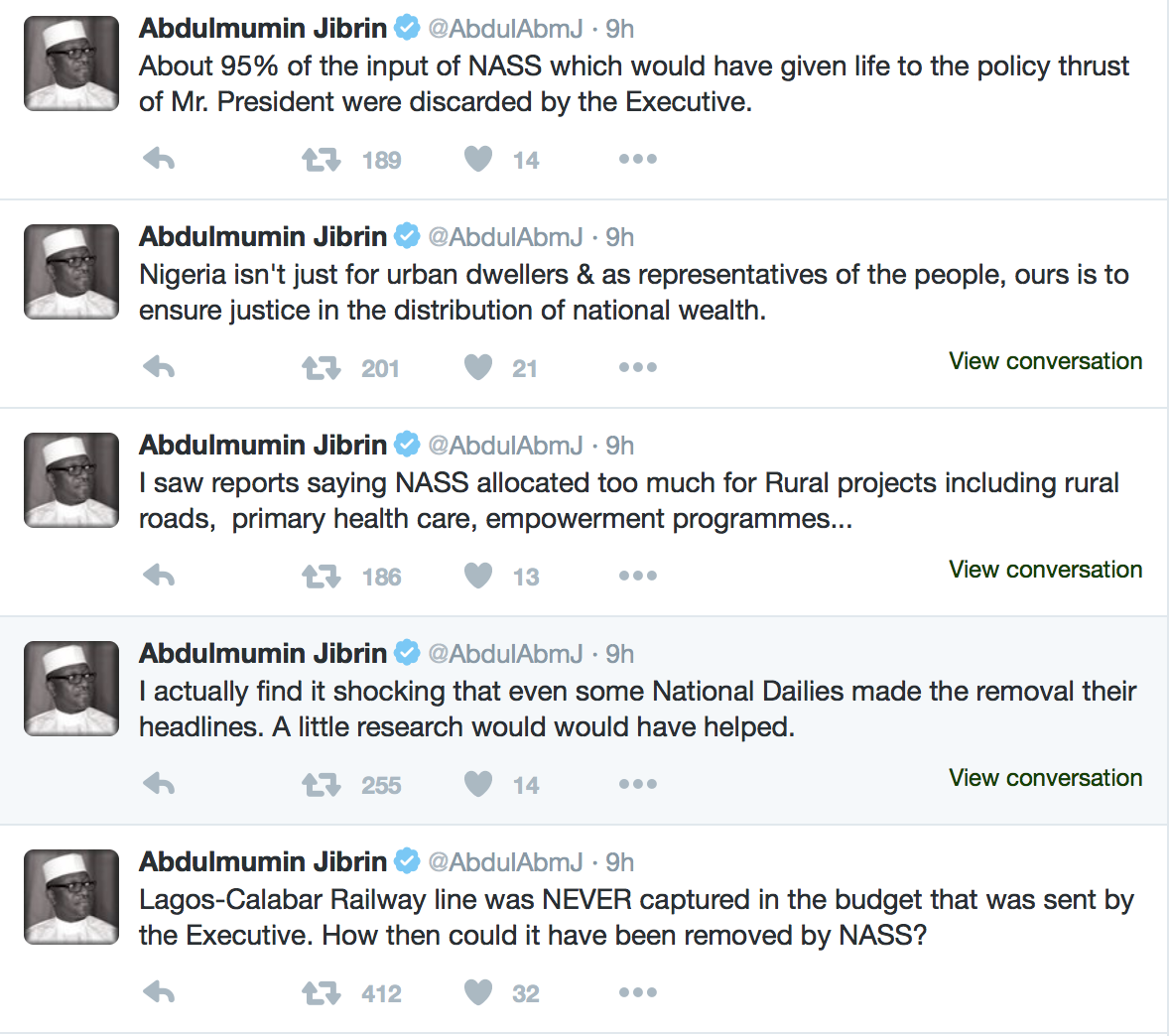 Jibrin’s position, according to Vanguard reports, was confirmed by civic tech organisation, BudgiT Nigeria, that there was no provision for the Lagos-Calabar rail in the 2016 Budget submitted by the president.

Some government insiders also discreetly passed the same information to PREMIUM TIMES but our reporters ignored it after pouring through the budget and finding that no Lagos-Calabar rail project was included in the 2016 appropriation bill. See here.

There have been reports that President Muhammadu Buhari is set to return the 2016 Budget to the National Assembly to rework because what the lawmakers sent to him on Thursday for assent, according to Presidency sources, fell below his expectations.

The presidency sources said that the President felt disappointed that provisions for major national projects and programmes that could turn around the economy were either outrightly removed or funds for them ridiculously slashed by the lawmakers.

Among the key projects removed from the budget by the lawmakers are the all-important Calabar-Lagos coastal rail line for which Buhari had made a provision of N60 billion in the 2016 estimates.