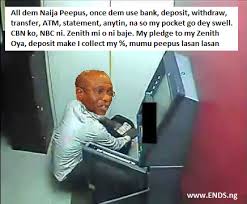 The Nigerian Naira has finally surpassed N700 to the US dollar as the country continues to face a shortage of the American currency in the foreign exchange (FX) market.

According to data obtained from forex dealers in various parts of Lagos, the nation’s commercial hub, the Naira was exchanged for the dollar on Wednesday at N705/$1, while the hard currency was purchased from holders between N697/$1 and N700/$1.

When our reporter arrived in the Yaba neighborhood of Lagos State around midday today, the local currency was selling for N705/$1.

The local currency was exchanged for the US dollar at N703/$1 in Ikeja, and N700/$1 at the Olugbede Model Market in the city’s Egbeda district.

According to reports, some investors are panicking and converting their Naira investments to dollars as a result of recent statements by the Governor of the Central Bank of Nigeria (CBN), Mr Godwin Emefiele.

“What we are experiencing right now is the central bank governor pressing the panic button last week,” Mr Ademola Bankole, a financial analyst based in Lagos, told this reporter.

“Investors are only trying to be safe as the election approaches and inflation could erode return on investments (RoIs) in Naira,” said Mr Chukwu Edozie, another financial expert.

Emefiele’s Careless Announcement and How it affected Naira

The CBN governor woke up one morning about a week ago and suddenly announced that people should not use naira to buy dollar and all involved accounts will be shut or something and perhaps this announcement was targeted at politicians but he made it broadly and immediately the naira that his malicious policies has already kept so low at about 620 in the parallel market, crashed to the dollar!

With the draconian announcement the naira entered a further free fall at the parallel market to currently reach 709 to a dollar as at today.

Emefiele promotes a gap between the parallel market and official can rate which allows his cronies and other bankers to make a killing funding cabal businesses with cheaper CBN dollars while the average small business collapses.

The gap between parallel market and official rates was never in existence in Nigeria until Emefiele came into power as our pictograph shows.

Bitter that he could not run for president it appears Emefiele is hell bent on complete the destruction of the Nigerian economy he began on assumption of office by directly transferring all wealth to the hands of the cabal.

The Senate has asked the Governor of the Central Bank of Nigeria (CBN), Mr Godwin Emefiele, to take immediate action to prevent the Naira from falling further against the US dollar in the forex market.

The upper chamber of the National Assembly expressed serious concerns in plenary on Wednesday about the rate at which the value of the domestic currency was rapidly eroding against its foreign peers, particularly in the parallel market.

The local currency was trading against its American counterpart in the black market at N705/$1 earlier today, according to Business Post, and the Senate reacted angrily, saying it was unacceptable for Nigerian legal tender to cross the N700/$1 mark.

Federal lawmakers have summoned Mr Emefiele to brief them on the steps he and his monetary policy team are taking to keep the Naira from collapsing.

Mr Olubunmi Adetunmbi, a Senator from Ekiti State, who was among those concerned about the situation, moved a motion asking his colleagues to rise to help.

While contributing to the motion, his colleague from Ekiti State, Mrs Biodun Olujimi, blamed the central bank for the country’s currency crisis.

“Most of what is happening is because people are withdrawing dollars, selling them, and bringing them back in — we should penalize someone for what has happened to the naira-dollar exchange rate.”

“Someone should be able to say I failed, and that someone is the CBN,” she stated.

Senator Sani Musa, for his part, stated that nothing can be done to save the local currency if the country fails to be productive and consume what it produces rather than relying on foreign products.

“Let us eat what we have and make do with what we have.” “Until we start manufacturing, the Naira will continue to appreciate,” the lawmaker declared.