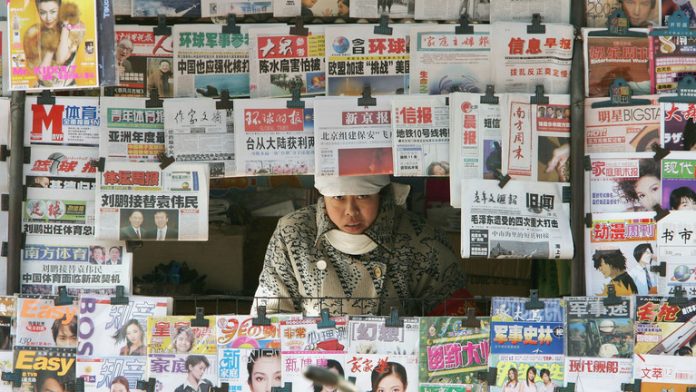 In summarizing 2020, a difficult year marked by the Covid-19 pandemic and an escalation in tensions between Beijing and Washington, prominent Chinese political scientist Yuan Peng wrote, “It no longer matters what is true or false – what matters is who controls the discourse.”

The expert was referring to media pressure to discredit China, but he actually identified one of the main features of our time, which could be referred to as the “post-truth era,” in which public opinion is shaped by emotions rather than facts.

Those who can steer these emotions in the right direction shape the information agenda. The emotions that are generated have become the ‘discourse’. This concept, which originated in the mid-twentieth century among French poststructuralist philosophers (primarily Michel Foucault), has found itself at the center of global politics in the early twenty-first century.

The year 2022, with its tumultuous events – the escalation of the ‘Ukraine crisis,’ the diplomatic boycott of the Beijing Olympics, Nancy Pelosi’s visit to Taiwan, and the expansion of ‘global NATO,’ has raised the temperature of information confrontation to unprecedented levels. We have no reason to believe that it will be any less hot next year. China is one of those countries which, although it missed out on the initial division of ‘discursive capital’, has recognized the problem in time and is now consistently building up what experts call ‘discursive power’.

When it became clear that its traditional’soft power’ approaches were no longer working, Beijing became concerned about this issue about ten years ago. China was not treated better as a result of its generous investments in promoting its image.

On the contrary, the level of Sinophobia has risen in direct proportion to China’s growing economic power. Confucius Institutes were only seen as breeding grounds for Chinese propaganda. Even a clearly successful public relations event like the 2008 Summer Olympics was accompanied by loud accusations of human rights violations and speeches in support of Tibetan separatists.

This is when Beijing realized that what matters is not what is happening, but how it is reported on the internet. And, in today’s world, most online content is created by Westerners in English. As a result, not only the West, but also China’s neighbors, see it through Western eyes.

It became necessary to analyze why attitudes towards the actions of a particular country are explained by the manner in which it is presented in the public square – and such an explanation was found in the concept of ‘discourse’. “Whoever controls the discourse has power.” Chinese intellectuals began to write, adapting Foucault’s ideas to meet political demands.