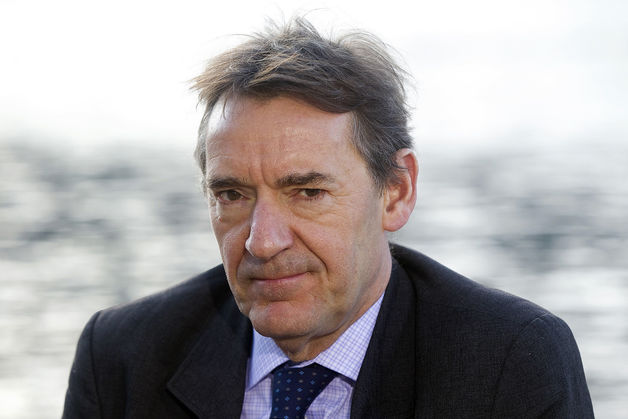 A loss by Nigerian President Goodluck Jonathan in general elections next month may be viewed “positively” by foreign investors and probably won’t rattle markets, according to Jim O’Neill, former chairman of Goldman Sachs Asset Management.

While Jonathan, 57, has presided over the sale of the nation’s mismanaged power utilities to private investors, his economic policies in the last four years “could have been better,” O’Neill said in a Jan. 7 interview in the capital, Abuja. Firing central bank Governor Lamido Sanusi last year, who brought “a lot of credibility” to the government, sent out a negative signal, he said.

“If he doesn’t get re-elected, and it’s because of Nigerian people wanting something different and something better, I think the markets would be happy with that,” said O’Neill. “Foreign investors are pretty negative about Nigeria, so I don’t dismiss the possibility that if he lost people actually might react positively.”

O’Neill ranks Nigeria, Africa’s biggest oil producer, alongside Mexico, Indonesia and Turkey in his MINT group. The countries have four of the largest emerging-market populations outside the BRIC nations of Brazil, Russia, India and China, an acronym he coined at Goldman.

Jonathan, a southern Christian, faces former military ruler Muhammadu Buhari, 72, a Muslim northerner and candidate of the opposition All Progressive Congress in the Feb. 14 vote. The ruling People’s Democratic Party, which has won every contest since army rule ended in 1999, faces its stiffest challenge against the APC, a merger of Nigeria’s biggest opposition parties. Africa’s most populous nation of more than 170 million people is split between a mainly Muslim north and predominantly Christian south.

It isn’t clear what a Buhari victory would mean for investors because he hasn’t set out an economic policy, O’Neill said.

“People would be a bit worried,” said O’Neill, who is also a Bloomberg View columnist. “But it depends on what would happen with the institutional framework and policies.”

Buhari, characterized by supporters as having a tough stance against corruption, came to power in a 1983 army coup and ruled for 20 months before he was unseated by a rival military faction. Buhari lost the 2011 presidential vote to Jonathan and failed to win in 2007 and 2003 elections.

Buhari is now seeking to tap discontent with Jonathan’s inability to stem attacks by Boko Haram, an Islamist insurgent group that has killed 13,000 in the north since 2009, according to the government.

The status of Africa’s largest economy as a prime frontier-market investment destination has been dented by oil prices that have fallen 52 percent over the past year, rising insurgency attacks in the country’s northeast and increasing political tensions ahead of next month’s elections.

Jonathan also removed central bank Governor Sanusi in February last year after Sanusi alleged the state oil company hadn’t remitted about $20 billion in revenue to the government. The Nigerian National Petroleum Corp. denied the allegations. Finance Minister Ngozi Okonjo-Iweala said in May auditors would take three to four months to clarify what had happened to the unaccounted oil receipts that stood at $10.8 billion.

With crude accounting for about 70 percent of government funding and 95 percent of foreign exchange, lower prices have reduced revenue and increased pressure on the naira, which the central bank devalued in November. The naira has fallen 10 percent in the past three months, the second worst performer out of 24 African currencies tracked by Bloomberg.

The lower oil price “exposes the lack of needed structural changes, that hopefully would still come,” O’Neill said. “Nigeria, like any country, shouldn’t be so dependent on the commodity cycle.”

To contact the reporter on this story: Elisha Bala-Gbogbo in Abuja at [email protected]