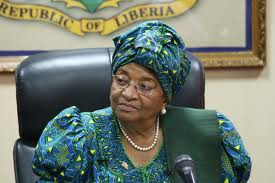 NewsRescue– Liberian President Srileaf Johnson has had the nations police arrest protesters against her government. An anti-Sirleaf group, “Ellen Step Down Campaign” has been calling for her resignation on radio programs for several weeks.

Madam Sirleaf Johnson, who is beloved by the U.N and the Nobel Peace Committee decided to un-leash the police on harmless protesters in Monrovia.

Not new to harsh oppression, Sirleaf Johnson is known to be a major financier and supporter of International rogue statesman, Charles Taylor.

Liberia goes to the polls with a very ominous mist gradually engulfing that country. One can only hope the international community would make a decision to be on the side of justice and the Liberian people. It is rather peculiar that those in Rome, Washington, Paris, Amsterdam are still allowed to think they are in the best position to dictate leaders for Africans.