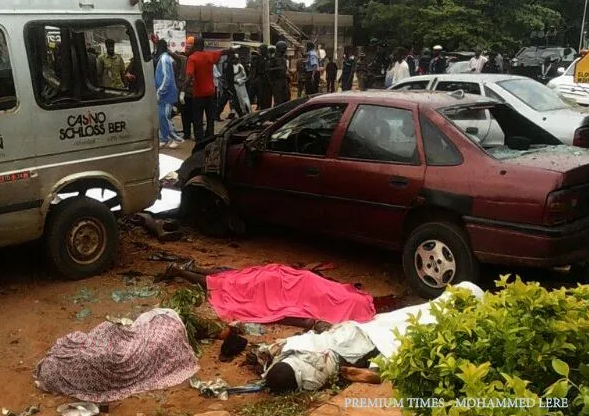 There are new serious details about the Damaturu female suicide bomber whose detonation today took at least 7 lives and injured over 30 at a busy motor park.

Witnesses reveal that the suicide bomber was brought into the motor park by a military Hillux car which dropped her where cars traveling to Gashua are located.

As soon as the military car along with 3 soldiers got to the gate of the park, the bomb exploded! Eye witnesses immediately rushed to the gate and prevented the military Hillux from leaving the park. The soldiers were then apprehended and handed over to the state military command.

We are following for more details as well as contacting the Nigerian security services for their official statements.