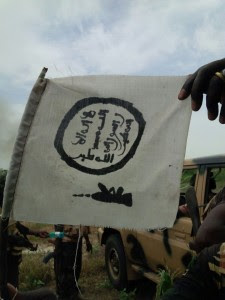 According toActing Director of Information, Colonel Sani Kukasheka Usman, Nigeria is making more progress against Boko Haram. This as France pledged to support Nigeria with military equipment for its battle against the terrorists.

“Nigerian troops have been advancing to clear all known Boko Haram terrorists camps towards Banki, Kumshe axis and Bama axis have cleared 4 more camps earlier today. They were able to clear  the terrorists camp at Bolungu 1 and 2, Bula Doye and Cheehi Dare and secured a very important bridge linking the towns of Miyanti and Banki in Borno State.

“The gallant troops also rescued dozen of kidnapped women and children held captive by Boko Haram terrorists. The clearance by ground troops and aerial bombardments by the Nigerian Air Force continues till we reach the desired objective of defeating the terrorists.”