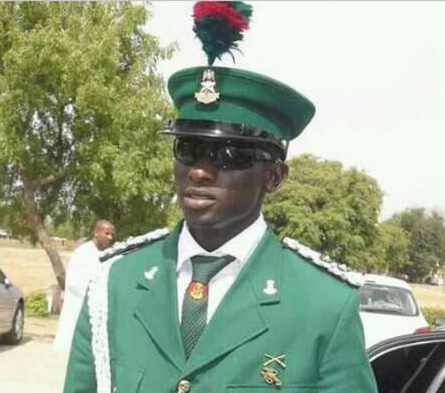 Medawa, a Nigerian Army Lieutenant who would have become Captain on Thursday, has been killed in Sambisa forest in the “clearance” operation declared days ago by the Chief of Army Staff, Yusuf Buratai.

General Buratai gave his men 40 days to capture Boko Haram leader, Abubakar Shekau, dead or alive, a task that has not been accomplished in about seven years.

The late Lt. Medawa, who was due to be decorated as Captain on Thursday, served at the Brigade of Guards in Abuja before his posting to the war theater in Borno. He was leading troops of the Nigerian Army 5 Brigade when his unit came under heavy artillery fire from the terrorists.

According to a military source, Medawa and nine other soldiers were killed in the ensuing battle, while several others are still missing.