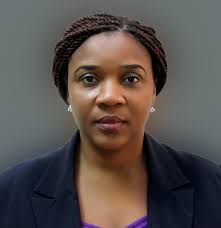 One of the reasons many Nigerians supported the candidature of President Muhammadu Buhari in the last general elections was his perceived stance on indiscipline and corruption. For people who held such views, the lack of discipline and corruption by public officials has been one of the major challenges bedeviling the nation from attaining its desired development, considering the huge deposits of material and human resources. Consequently, there were alleged cases of impunity in the administration of the country’s affairs that put a lot of citizens against the previous government. With the coming of the present administration which won the confidence of the electorate by its pledge to purge the nation of impunity and maladministration, Nigerians expect to see a near sane environment were decency and professionalism would be allowed to thrive.

Against this back drop, the average Nigerian expects the government of President Muhammadu Buhari to as a matter of urgency beam its search light where ever a case of gross misconduct, unethical behavior, unprofessional habits and indiscipline are mentioned about a public official. That is why the Nigerian people more than ever are concerned about who occupies a public office in this dispensation.

But while the people and Civil Society Organisations busy themselves scrutinizing who comes in to government, it is also paramount to scrutinize others who are in or have stakes in the system but have issues bordering on unprofessional conducts hovering around their necks. An example of such cases is Mrs. Folake Itohan Executive Director Business Development of Nigerian Export-Import Bank ( NEXIM ), whose stay in office has not been uneventful.

Appointed by President Goodluck Jonathan on December 4, 2011 on the strength of her relationship with Patience Jonathan, the NEXIM bank Director has been severally linked with sordid details at the bank but the administration’s stance on corruption allowed Mrs. Itohan to continue acting free. Added to her penchant for sleaze are her rude character, arrogance and unprofessional conduct as she is always meddling in politics instead of her core area of mandate.

However with the coming of this administration,  it is rife that this impunity be addressed to balm the minds of Nigerians who have put so much hope in the spirit of this regime and its desire to cleanse.
Mrs.  Itohan has exhibited the highest level of desperation by unconventional means to achieve this, even as this runs parallel to the driving desire of the present government.

With questionable rise to prominence she is discovered to have fraudulently doctored her resume to subdue others and aided her astronomical rise to the position of the Executive Director, Business Development of the Export-Import Bank which she never merited but earned on the shoulders of her super godmother,  which has totally been abolished by the advent of CHANGE and the recent proclamation by President Muhammadu Buhari that he ‘belongs to everybody and belongs to nobody’.

Based on the premise that forgery is a crime under the laws of the Federal Republic of Nigeria Centre for Social Justice, Equity and Transparency ( CESJET ) citing the Section 25 of the Corrupt Practices and other Related Offences Act No. 5, 2000 which prescribes punishment for forgery, had in a letter dated 5th June, 2015 petitioned the Independent Corrupt Practices Commission ( ICPC ), demanding that the ICPC investigates the appointment of Mrs. Folake Itohan Salami for fraud and lying under oath with a view to prosecuting her if found wanting.

It is rather perturbing that the Commission has failed to take actions over this matter and it is even more surprising that nothing is been seen to be done to avert the impending image soiling in this finance house.
Even as this matter is yet to be resolved, CESJET has gone further to approach an Abuja Federal High Court seeking for an ‘Order of Mandamus’ to compel the Independent Corrupt Practices Commission ( ICPC ), to investigate the appointment of Mrs. Salami to cause an investigation and prosecution of the said Mrs. Folake Itohan in an open court.

Also part in the suit is the Secretary to the Government of the Federation, the Central Bank of Nigeria, Ministry of Finance and NEXIM Bank as defendants seeking that the office be declared vacant and a qualified person allowed to fill the vacancy.

They are also requesting that Mrs. Itohan be asked to refund all entitlements and allowances she received as Executive Director and also a well publicised letter to be jointly signed by all defendants to the Nigerian Tax payers for allowing such sleaze go unabated for so long.

It is on this grounds that it will only be proper that the Federal government in its drive to ensure sanity and a better image for the Nigerian nation act fast before this cancer corrupts any further this corruption intolerant administration.
It will be imperative to remind President Muhammadu Buhari about his campaign promises to Nigerians where he vowed to ensure zero tolerance on corruption, while doing this, it will never be far fetched to demand that the option of plea bargain be eschewed from available options in such case as they only weaken the fangs of anti corruption; whoever is found wanting should face the full wrath of their actions.

Ogah Simeon is a public affairs commentator, and anti-corruption activist based in Abuja