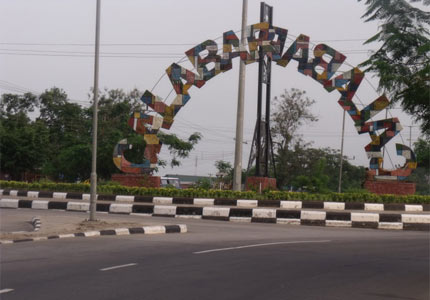 Punch- Ekemini confessed during interrogation that they stabbed their father three times on the face, neck and back, while they gagged him with newspapers to prevent him from shouting for help. One Esther, a personal secretary to the deceased, said she reported on her duty post at his residence at about 8am and inquired of her master’s whereabouts but was told by neighbors they had not seen or heard from the Don since morning, so she decided to check inside the house, only to discover that all the doors were locked.

She later called the Head of Department (HOD), Economics, Dr. F. S. Ebong to find out if her Master was already in the Office, but got a contrary reply which prompted her to hire a taxi to the Professor’s office hoping to see him there. But she said when she was about to leave the quarters for the office, while bending down to pick her bag from the floor where she dropped it earlier, she said “I saw his son Ekemini holding my master’s house key, so I became worried because he was such a man that never trusted his keys to any of his child”.

Her words, “I now asked Ekemini who gave him his father keys, and he replied that Prof. is dead, so he had to take care of the house”. Anxious Esther then rushed to the university campus to inform the HOD of the development, and saw Ekemini coming with his father’s office to ransack the office for some vital documents, which will enable them access the N40million gratuity.

Ekemini reportedly carted away the documents and thereafter chartered an ambulance to convey the corpse to the father’s home town in Nsit Ibom Local Government Area in Akwa state, when the Head of Economics Department alerted the Airport Police Division authorities, who promptly deployed some officers to the scene and arrested him while he was at the doors to carry the corpse. The suspect who is now at the Police Command Headquarters told the OC Homicide, ASP Joe that he and his younger brother who is now on the run killed the father, pleading not to be killed.

He confessed that they got some clues that their father who was teaching on contract after his retirement was about to be paid benefits and gratuity of N40 million “so we decided that we should kill him so that the money will be paid to us as next of kin”. He said their late father had nine children from two wives; while his mother had a total of five with him as he is the only male child.

Based on this. “I felt that if I should wait for his property to be shared after his death, not much will be given to me” His shocking confession, “I told my brother Odiong that our father’s death will change our fortune, so we should kill him to collect his gratuity, which is N40 million. “Odiong quickly accepted with me so he went brought two of his friends to assist us. I saw my father that morning, he was not sick, nothing was wrong with him. Odiong brought his friends and one of them stood guard outside watching the environment while the rest of us went in and attacked him”, adding that “we killed him at about 7:30 a.m.”

“Before he was killed, the two of us agreed on 50/50 sharing formula should we succeed in getting his pending N40 million gratuity”. Ekemini confessed that his nefarious activities started after his was admitted at CALEB University Lagos to study Economics, and was initiated into a cult group called Vikings Confraternity, while his brother and partner in crime, Odiong allegedly joined Aiye Confraternity.

He said he abandoned school in 200 levels due to his cult activities, couple with the financial crisis that his late father was facing then soon after his retirement before being employed on contract. Asked by our reporter where his mother was during the gory operation, he said “my mother does not stay in Calabar, she stays in Lagos”. Ekemini was said to be the closest son to his father, as the police authorities suspected that the late Don may have confided in him concerning the N40 million gratuity.