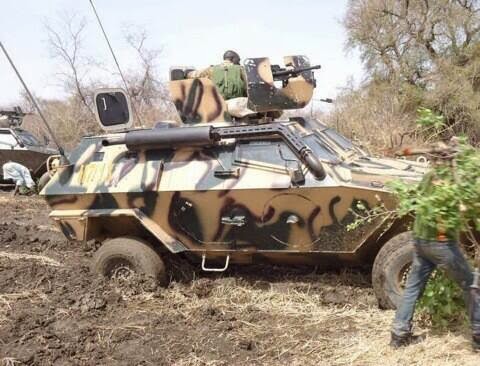 The Minister of Defence, retired Brig.-Gen. Mansur Dan-Ali, said on Friday that the Federal Government would introduce insurance package for soldiers fighting insurgency in the North-East.

Dan-Ali made the disclosure while briefing newsmen shortly after a Special Juma’at Prayer to mark the 2016 Armed Forces Remembrance Day celebration in Abuja.

He said that already there were numerous packages enjoyed by the military as a way of motivating them to ensure the success of the ongoing counter insurgency operation.

The minister solicited for prayers from all Nigerians to ensure the defeat of the Boko Haram terrorists.

He said that the military was getting it right in the ongoing fight against insurgency, and expressed optimism that Boko Haram would soon be a thing of the past in the country.

“I believe Nigerians are fully aware of what the military has done so far and with their prayers everything will come to an end very soon, “ he said.

Earlier, the President of the Senate, Bukola Saraki, said that the prayer was part of recognition of the sacrifice made by men and women who laid down their lives to defend the country.

“We must continue to do this not only to motivate their families that are left behind but to also encourage our men that are presently fighting insurgency, “ Saraki said.

He called on all Nigerians to always remember the fallen heroes in their daily prayers and also pray for the unity and development of the country.

On his part, the Deputy Chief Imam of the National Mosque, Sheikh Ahmad Onilewura, prayed for the victory of the armed forces over the forces of evil in the country.

The prayer was attended by the Chief of Air Staff, Air Vice Marshal Sadique Abubakar, The Minister of Information and Culture, Alhaji Lai Mohammed and the Minister of state for Environment, Alhaji Usman Jibrin, among others. (NAN)