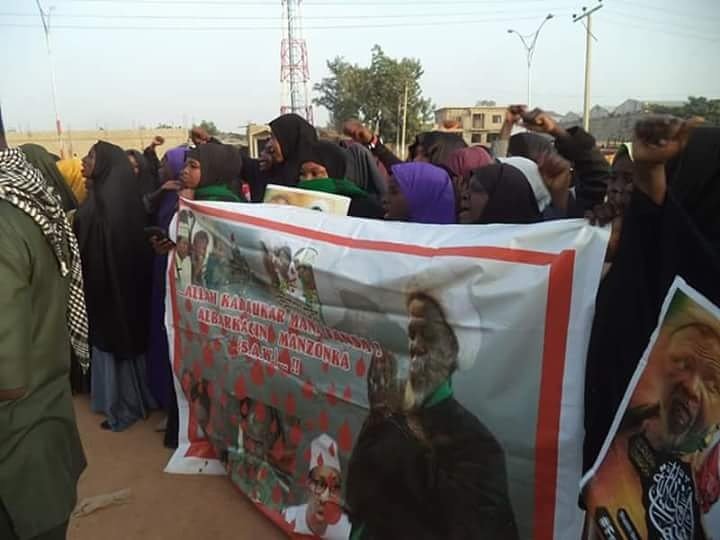 Free Zakzaky processions were carried out in major towns of Northern Nigeria to press for the freedom of Sheikh Ibraheem Zakzaky because of the news of his deteriorating state of health.

Protests had taken place in Kaduna, Kano and Bauchi among several other places yesterday night.

In Kaduna, hundreds of members of the Movement and sympathizers came out on at least three occasions to demonstrate in demand for immediate freedom for the Sheikh to enable him go to seek urgent treatment.

Reports from where the Sheikh is being held in-communicado indicated that he is seriously sick for the past two days.

The Sheikh who was severally shot before he was taken into custody by the Buhari government has been held incommunicado for two years now with only limited access to medical care. For more than a year now a Federal High Court sitting in Abuja had ruled that the continued detention of the ailing Sheikh is unconstitutional and a breach of his fundamental rights. Buhari has however remained adamant and has contemptuously ignored the court judgement.