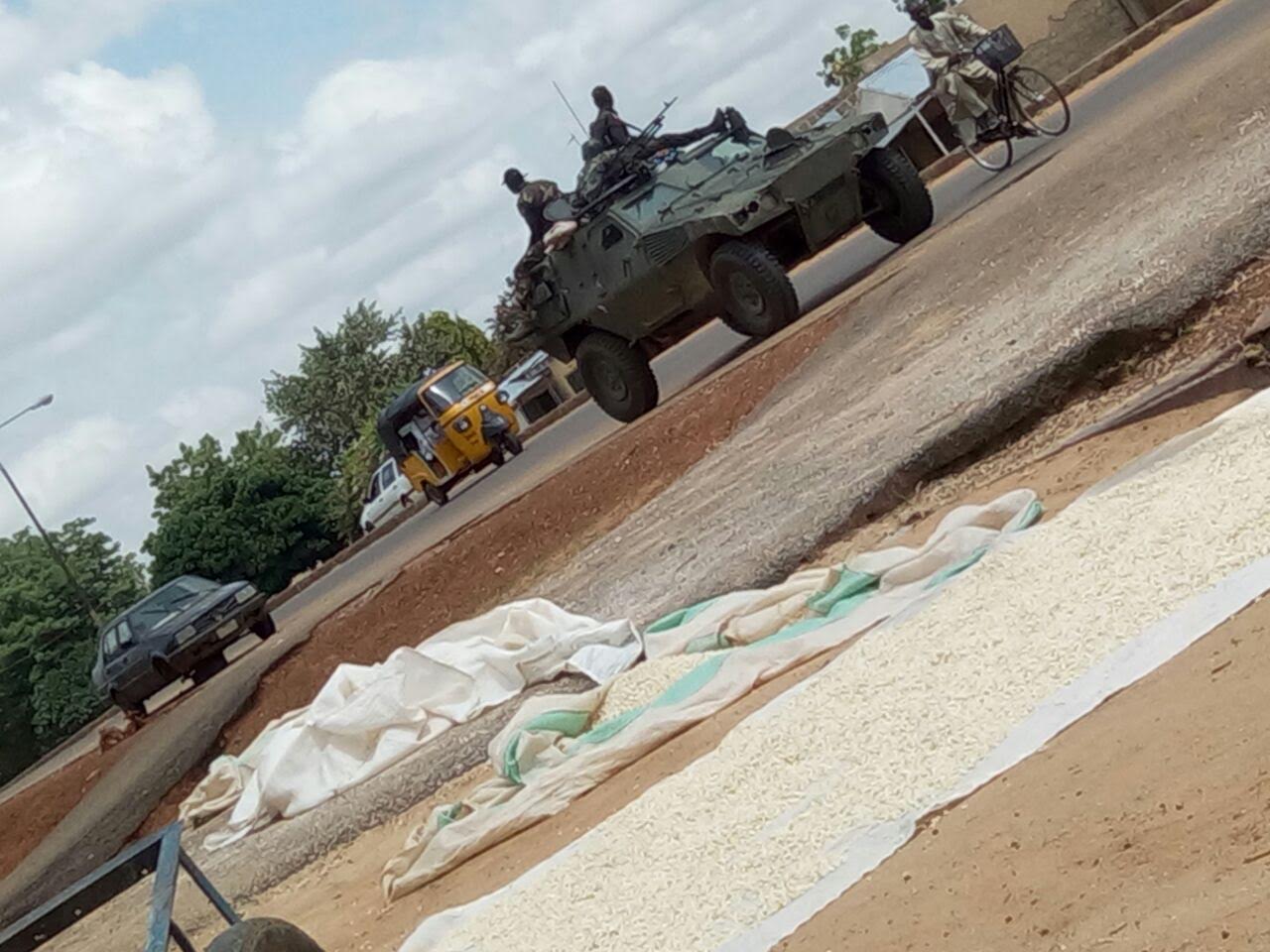 Today, 21/08/16, a contingent of military personnel in at least five trucks with armored vehicles encircled the Islamic Centre of the Islamic Movement in Potiskum, Yobe state. After a few hours of the siege, they left without any incident. However, concerned residents in the neighborhood are apprehensive of what might happened in the night.

Confirmed reports have it that for the past ten days soldiers have been reinforcing and patrolling the town chanting war songs. Fear of possible attack last Friday during and after Juma’at prayers made people to run in all directions for their lives.

Earlier, warnings were made in various mosques by local and  traditional leaders in Fika Emirate of an “imminent war” by army in Potiskum. In the same vein, the Yobe State Commissioner for religious affairs, Alh. Mala Musti has been going to Local government headquarters in the state making hate campaign speeches against Shia Islamic faith and the Islamic Movement, saying that they are unbelievers whose lives and properties must be destroyed.

It seems certain therefore that the state government and the traditional authorities in Potiskum have joined forces with the Federal government to spill blood of innocent civilians under the pretence of fighting “war” on what they mislabeled “religious extremism”.

The Islamic Movement in Nigeria (IMN) will like to draw the attention of all peace loving citizens in particular and the world in general to yet another impending massacre by the Nigerian army in the same way it did in Zaria in December, 2015 killing over  a thousand lives extrajudicially. We believe that the government is employing state apparatus to spill the blood of innocent citizens of this country unjustifiably.

Members of the Islamic Movement in Nigeria and Yobe state in particular are no different from those found all over the federation and who are known to be peace loving citizens living an exemplary life.

This step is clearly a contradiction of what the presidency recently claimed that it is a government that is mindful of human rights of its citizens. In the contrary, it has sent its Military to kill innocent people without recourse to the rule of law. The Federal government would be held responsible for the life of any citizen killed unjustly by any of its agency or agents.