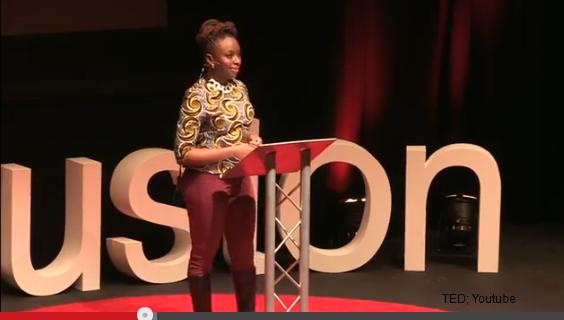 The miraculous deliverance of Oga Jona

As soon as he opened his eyes, he felt it. A strange peace, a calm clarity. He stretched.  Even his limbs were stronger and surer. He looked at his phone. Thirty-seven new text messages – and all while he was asleep. With one click, he deleted them. The empty screen buoyed him. Then he got up to bathe, determined to fold the day into the exact shape that he wanted.

Those Levick people had to go. No more foreign PR firms. They should have made that article in the American newspaper sound like him, they should have known better. They had to go. And he would not pay their balance; they had not fulfilled the purpose of the contract after all.

He pressed the intercom. Man Friday came in, face set in a placidly praise-singing smile.

“Good morning,” Oga Jona said. “I had a revelation from God.”

Man Friday stared at him with bulging eyes.

“I said I had a revelation from God,” he repeated. “Find me new Public Relations people. Here in Nigeria. Is this country not full of mass communication departments and graduates?”

“Yes, Your Excellency.” Man Friday’s eyes narrowed; he was already thinking of whom he would bring, of how he would benefit.

“I want a shortlist on my table on Wednesday,” Oga Jona said. “I don’t want any of the usual suspects. I want fresh blood. Like that student who asked that frank question during the economic summit.”

Oga Jona snorted. Man Friday used civil service restrictions as a weapon to fight off competition. Anybody who might push him out of his privileged position was suddenly not licensed, not approved, not registered. “I don’t want you to bring your own candidates, do you hear me? I said I want fresh blood, I’m not joking.”

“Put that DVD for me before you go,” Oga Jona said.

He watched the recording on the widescreen television, unhappy with his appearance in the footage. His trousers seemed too big and why had nobody adjusted his hat? Next to The Girl from Pakistan, he looked timid, scrunched into his seat. She was inspiring, that young girl, and he wished her well. But he saw now how bad this made him appear: he had ignored all the Nigerians asking him to go to Chibok, and now The Girl From Pakistan was telling the world that he promised her he would go. He promised me, she said. As if the abducted Nigerian girls did not truly matter until this girl said they did. As if what mattered to him was a photo-op with this girl made famous by surviving a gunshot wound. It made him look small. It made him look unpresidential. It made him look like a leader without a rudder.  Why had they advised him to do this? He pressed a button on his desk and waited.

Violence was unfamiliar to Oga Jona. Yet when Man Monday came in, his belly rounded and his shirt a size too tight as usual, Oga Jona fought the urge to hit and punch and slap. Instead, he settled for less: he threw a teacup at Man Monday.

“I am going to Chibok tomorrow. I should have gone a long time ago. Now it will look as if I am going only because a foreigner, a small girl at that, told me to go. But I will still go. Nigerians have to see that this thing is troubling me too.”

“Don’t ‘Sah you know’ me!” This was how his people always started. “Sah, you know…” Then they would bring up conspiracies, plots, enemies, evil spirits. No wonder giant snakes were always chasing him in his dreams: he had listened to too much of their nonsense. He remembered a quote from a teacher in his secondary school:  ‘The best answer to give your enemies is continued excellence.’ What he needed, he saw now, was an adviser like that teacher.

“Have you not seen Obama appear in Afghanistan or Iraq in the middle of the night to greet American troops? Is Chibok more dangerous than the war the Americans are always fighting up and down? Arrange it immediately. Keep it quiet. I want to meet the parents of the girls. Make gifts and provisions available to the families, as a small token of goodwill from the federal government.” He knew how much people liked such things. A tin of vegetable oil would soften some bitter hearts.

“From Borno we go to Yobe. I want to meet the families of the boys who were killed. I want to visit the school. Fifty-nine boys! They shot those innocent boys and burnt them to ashes! Chai! There is evil in the world o!”

“These people are evil. That man Yusuf was evil. The policemen who killed him, we have to arrest them and parade them before the press. Make sure the world knows we are handling the case. But it is even more important that we tell the true story about Yusuf himself. Yes, the police should not have killed him. But does that mean his followers should now start shedding blood all over this country? Is there any Nigerian who does not have a bad story about the police? Was it not last year that my own cousin was nearly killed in police detention? Let us tell people why the Army caught him in the first place. He was evil. Remember that pastor in Maiduguri that he beheaded. Find that pastor’s wife. Let her tell her story. Let the world hear it. Show pictures of the pastor. Why have we not been telling the full story? Why didn’t we fight back when The Man From Borno was running around abroad, blaming me for everything when he too failed in his own responsibilities?” Oga Jona was getting angrier as he spoke, angry with his people, angry with himself. How could he have remained, for so long, in that darkness, that demon possession of ineptitude?

He picked up the iphone and spoke slowly. “I want to expand that Terror Victims Support Committee. Add one woman. Add two people personally affected by terrorism. How can you have a committee on terrorism victims with no diversity?”

On the other end of the phone, the voice was stilled by surprise. “Yes Sah!” Finally emerged, in a croak.

He put down the phone. There would be no more committees. At least until he was re-elected. And no more unending consultations. He picked up the Galaxy, scrolled through the list of contacts. He called two Big Men in the Armed Forces, the ones stealing most of the money meant for the soldiers.

“I want your resignation by Friday,” He said simply.

Their shock blistered down the phone.