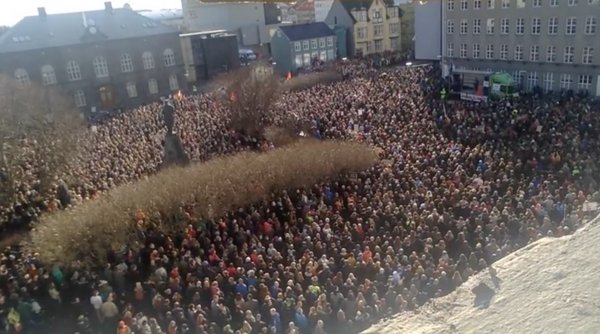 The people of Iceland have a disdain for corruption it appears. They have been quick to display this with the protests taking over the nation.

Thousands have taken to the streets of the capital, Reykjavik, outraged by their Prime Minister’s alleged offshore accounts that were brought to light in the leaked Papers.

Wow! I don’t think I remember seeing the place this packed during the economic collapse!#cashljós #panamapapers pic.twitter.com/YAEzR1Hic5

Protesters are calling for the Prime Minister igmundur David Gunnlaugsson’s immediate resignation for reportedly failing to declare his stake in an offshore company based in the British Virgin Islands.