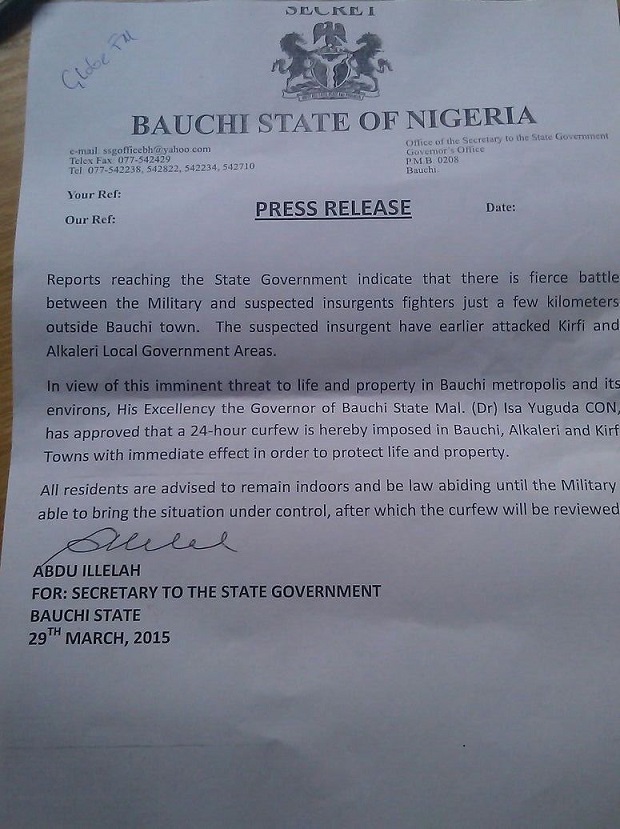 Civil society groups, members of several opposition parties and members of the public have condemned the decision of the Independent National Electoral Commission to suspend the collation of votes in Gombe based on unverified claims that Islamist insurgents belonging to Boko Haram were planning an attack.

The resident electoral commissioner in Gombe State told the local media that he had decided to postpone the collation of election results in the state, a decision that immediately triggered widespread criticism from groups and political parties who saw it as a ploy to help the ruling Peoples Democratic Party (PDP) to manipulate the polls.

The REC suspended the collation of votes at the state collation center based on an unsubstantiated rumor that Boko Haram would attack Gombe, the state capital. –

“We believe that the REC and other top INEC officials in the state, the ruling party, and some security operatives are conniving to ensure that the collated results favor PDP aspirants,” said a lawyer based in Gombe. He added that INEC staff and PDP officials appeared determined to falsify results in order to cheat Senator Danjuma Goje of the APC and other APC candidates who are believed to have triumphed in polls conducted last Saturday.

“INEC is toying with trouble if they think it’s going to be easy to thwart the will of the people of Gombe,” said an APC official in the state. He added, “Everybody knows that our party emerged victorious on Saturday. The people will not stand by idly and allow INEC to impose candidates they rejected on them.” – SR

In Bauchi the governor Issa Yuguda declared a 24 hour curfew to lock-out civilians, interrupt the process to ‘enable rigging,’ as the people say.