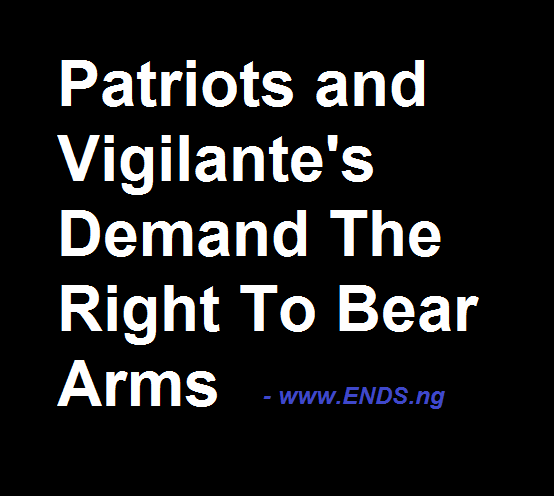 Boko Haram extremists have killed more than 100 people and hoisted their black and white flag over a town left undefended by the military, just 85 kilometers (53 miles) from Maiduguri, a civil defense spokesman and a human rights advocate said Saturday.

Hundreds of villagers in another northeast area, Askira Uba, are fleeing after receiving letters from the Islamic extremists threatening to attack and take over their areas, spokesman Abbas Gava of the Nigerian Vigilante Group said.

“Nine major villages are on the run,” he said.

Survivors said yesterday that insurgents fired rocket-propelled grenades and lobbed homemade bombs into homes, and then gunned down people as they tried to escape the fires in the attack on Damboa town launched before dawn on Friday. Most of the town has burned down, they said.

A human rights advocate said the extremists struck again as people were trying to bury the dead later Friday, and said the death toll is probably much higher than 100. He spoke on condition of anonymity because he is not authorized to speak to reporters.

The only defense came from vigilantes armed with clubs and homemade rifles, Gava said.

The town had been under siege for two weeks since Boko Haram dislodged soldiers from a new tank battalion camp on its outskirts. It seemed that instead of offering protection, the camp drew the wrath of the extremists.
The Defense Ministry had claimed to have repelled the attack and killed at least 50 insurgents for the loss of six soldiers including the commanding officer. But locals said many soldiers were killed and the military was driven from the base. They said the extremists twice have ambushed military convoys trying to reach the base in the past week.

The militants had cut off access to the town from the south on Monday when they blew up a bridge further south. Damboa is on the main road south from Maiduguri, the Borno state capital, and at a strategic crossroads for farmers to bring their produce to market.

Hundreds of thousands of farmers have been driven from their lands in the 5-year-old insurgency, and officials have been warning of imminent food shortages.

Both Nigeria’s military and Boko Haram have been claiming victories on the battlefield in the rapidly spreading Islamic insurgency in Africa’s most populous nation and biggest oil producer.

Boko Haram has attracted international condemnation for the abductions of more than 200 Nigerian schoolgirls who have been held in captivity for 3 months.

The insurgents have increased the number and deadliness of attacks this year, particularly in their stronghold in the northeast, though they also have detonated bombs as far away as Lagos, the commercial capital in the southwest. Human Rights Watch published a report this week which said the insurgency has killed at least 2,053 civilians in an estimated 95 attacks during the first half of 2014.

That compares to an estimated 3,600 people killed in the first four years of the insurgency.