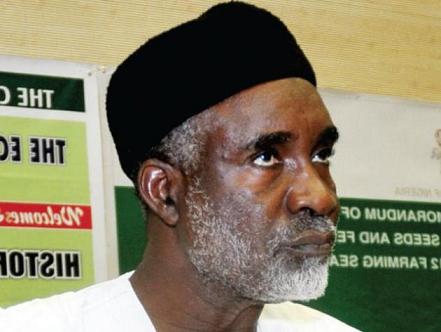 Following moves by the Adamawa State House of Assembly yesterday to commence impeachment proceedings against him and his deputy, Barr. Bala James Ngilari, Governor Murtala Nyako has declared that he is not bothered by the development.

19 out of 25 lawmakers had signed the impeachment notice served on the governor.

Information Nigeria reports that this is the first time in this present political dispensation that a state assembly will serve an impeachment notice on a governor and his deputy in accordance with section 188 of the 1999 Constitution (amended).

The recent turn of events came on the heels of intense altercation between the executive and legislative arms of government, which led to the invitation and even arrest of some commissioners, who failed to honour the House’s invitation to answer charges of financial recklessness levelled against them.

But speaking through his Director of Press, Mallam Ahmad Sajoh, Nyako said: “It is God that gives power and He takes it back when He will. I’m not bothered about the impeachment notice. We have run a democratic system in Adamawa and we expect the House of Assembly to abide by the democratic process.

“As I am talking to you, the governor is yet to receive the notice of the impeachment even though we are aware that the assembly has passed the resolution”, Sajoh said.

The move against the governor was the second such attempt against him in his seven years in power; there was a failed attempt by the James Barka-led House to impeach Nyako in 2008.