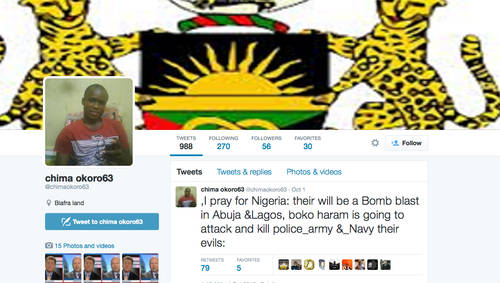 A twitter user, Chima Okoro, who predicted the attacks in Abuja on Friday on the social networking site, has deactivated his account.

*Featured image: Chima Okoro’s twitter handle before it was deleted

Okoro, with @chimaokoro63 as his username on Twitter, between 8.34 am and 9.12 am on October 1, had repeatedly posted: “I pray for Nigeria: there will be a bomb blast in Abuja &Lagos, Boko Haram is going to attack and kill police_army &_ Navy their evils (sic).” 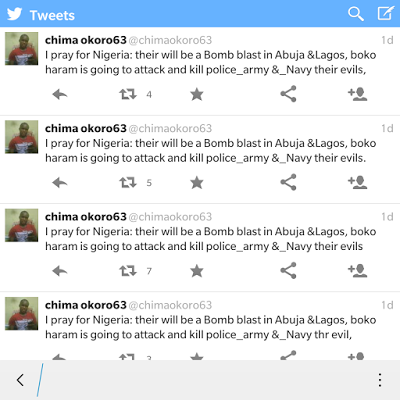 Boko Haram attacks in Abuja did target the public and also a police station as his tweets accurately predicted.

In the profile picture of the account, which was captured by other users before the user deactivated it, a young man of dark complexion is seen slouching in a room with cream-coloured walls, dressed in a red T-shirt, while holding up a mobile phone in his left hand and smiling to the camera.

Checks on Twitter revealed that other users had started raising the alarm about Okoro’s tweets as early as 10 pm on Friday. 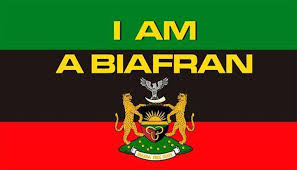 Another user, @md_oyereyi at 11:31 pm, said, “The attention of the DSS and other security agencies should be called to this… @Ifyduoz @Omojuwa @toluogunlesi @ogundamisi.”

Debo Oduola, at 11:32 pm, said, “@Ifyduoz @toluogunlesi @Omojuwa @ogundamisi @chimaokoro63 he should be arrested asap,” while Dame Jayla Peperempe, in her reaction (11:03 pm), said, “Hmmm this is all he tweeted yesterday.”

Ogundana Michael (11:16 pm) said, “Who is this that tweeted this? He tweeted this just yesterday!” and Dogoh Orduen @MackDogoh (11:18 pm) expressing disbelief, said, “@MickeySunny @chimaokoro63 you are kidding me!!!” From Punch 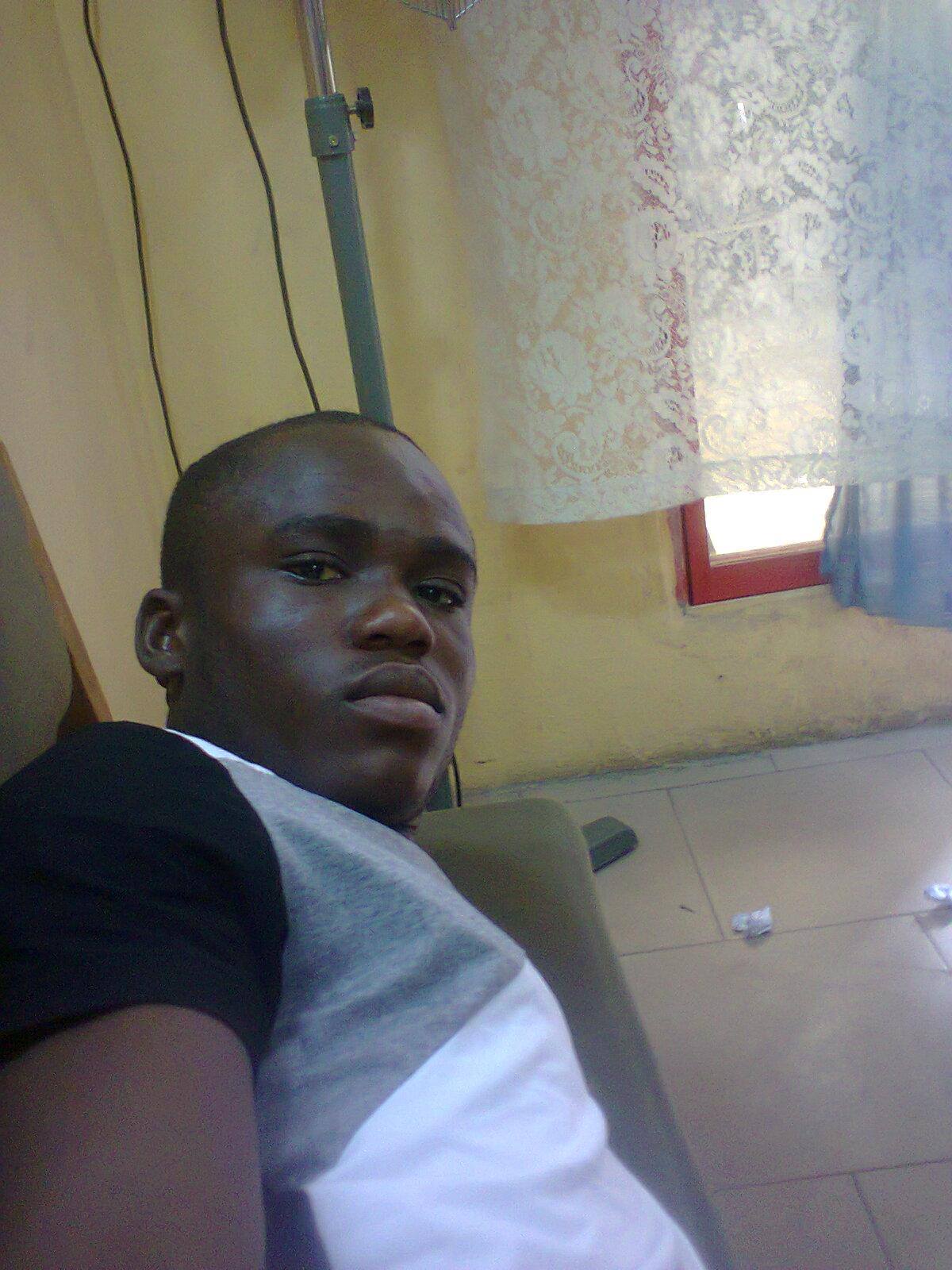