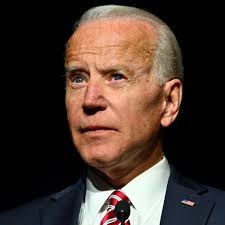 President Joe Biden tested positive for Covid-19 for the second time. According to a letter from presidential physician Dr. Kevin O’Connor, the Covid-19 positivity was “observed in a small percentage of patients treated with Paxlovid” on Saturday morning.

According to the White House, Biden has had “no reemergence of symptoms and continues to feel quite well,” and will not resume treatment as a result. The President tested negative on Tuesday evening, Wednesday morning, Thursday morning, and Friday morning, according to O’Connor, before testing positive on Saturday morning.

“However, given his positive antigen test, he will resume strict isolation procedures,” the doctor explained. Biden stopped isolating himself on Wednesday after testing negative on successive antigen tests, and he celebrated his return from the White House Rose Garden.

Biden’s doctor stated that the President is not experiencing any symptoms but will remain isolated at the White House. He canceled plans to visit his home state of Delaware on Sunday and Michigan on Tuesday, where he was scheduled to promote a recently passed bill aimed at increasing US semiconductor production, according to the White House on Saturday.

“Folks, I tested positive for COVID again today,” Biden tweeted. “This happens to a small percentage of people. I have no symptoms, but I’m going to isolate for the sake of everyone else’s safety. I’m still at work, but I’ll be on the road again soon.”
Biden is “asymptomatic, feeling fine, and working in isolation from the Residence to protect others,” according to White House press secretary Karine Jean-Pierre.

After testing negative this week, the President resumed White House events, though he was seen wearing a mask more frequently. Officials at the White House said they worked hard to ensure social distance at the public events he held there.
Biden, 79, tested positive for the first time on July 21. According to his doctor, during his first bout with the disease, he had mild symptoms such as a runny nose, fatigue, a high temperature, and a cough. The President completed a five-day course of Paxlovid, which requires a doctor’s prescription and is available through the US Food and Drug Administration’s emergency use authorization for the treatment of mild to moderate Covid-19 in people 12 and older who are at high risk of severe illness.
When Biden first tested positive last week, the White House stated that he had 17 close contacts, none of whom tested positive.