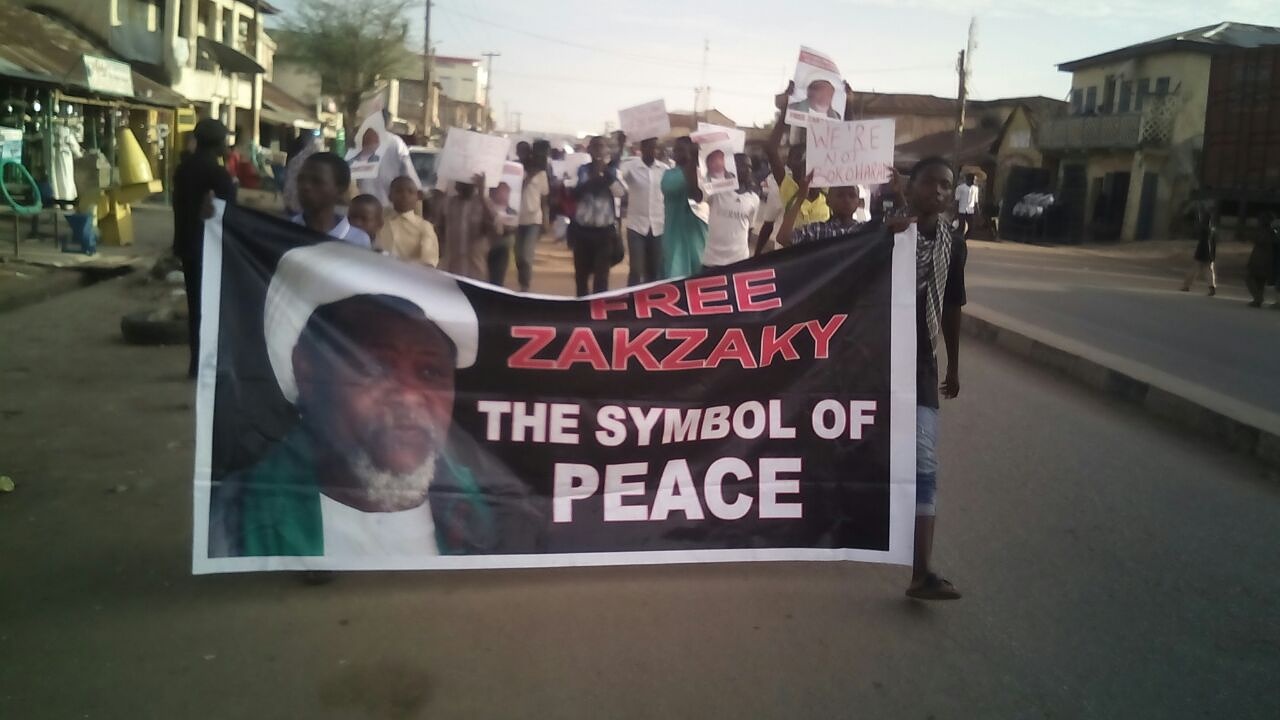 My attention was draw to a news item on the “AfricanNews24” website with the above caption and was written by one “Candy Stallworth.”

Just use the Google search engine and search for “Candy Stallworth” and you will see the pile of rubbish that is associated with this name. Has she finished her promise to fight, fight and fight for Goodluck Jonathan as she promised last August in the video below? But for the sake of setting records straight I will respond to the most poisonous and toxic smear campaign of calumny so far against the Islamic Movement in Nigeria (IMN) under the leadership of His Eminence Sheikh Ibraheem Zakzaky.

Those who masterminded and executed the brutal slaughter of close to 1000 defenseless and unarmed Nigerian civilians in Zaria and buried them in mass graves are desperate to associate the peaceful IMN with murderous terrorism to partly justify their inhuman massacre and partly to promote a foreign imperialist agenda. It is such people that recruited the services of fraudulent characters like Candy Stallworth and fraudulent websites like “AfricanNews24” to promote their evil Saudi-sponsored Wahhabi agenda in Nigeria.

Candy Stallworth wrote: “Shia Muslims give Buhari one week ultimatum to release El Zakzaky dead or alive or promise to sabotage Buhari’s government by bringing down top government and military officials in every month of this year along the Abuja-Kaduna expressway as they own up to the killing of the late Army colonel.”

All the Press Releases of IMN are public knowledge and there is nowhere that such ultimatum was give to the Nigerian government. The most recent letter the IMN wrote was when Femi Falana (SAN), who is among the leading legal Counsel to IMN, wrote to the Director-General of SSS and the whole content of that letter was made public.

The claim by Candy Stallworth that IMN “own up to the killing of the late Army Colonel” is a blatant lie that has no base. IMN categorically condemned all acts of terrorism and criminal acts that included the kidnapping of the unfortunate Army officer. And the Kaduna Commissioner of Police, Mallam Umaru Shehu, recently at a news briefing in Kaduna paraded the suspects that kidnapped the Army officer who was later found dead.

Candy Stallworth wrote: “The newly appointed leader of the group Alhassan Abdulkadri says if their demands are not met, they will bring down 4 federal ministers, 2 deputy Governors, 10 top military officials, 8 legislative members before the end of 2019.” Candy Stallworth must have gotten this sentence from the BokoHaram movie written by the sponsors of the murderous BokoHaram insurgency. Where did Candy Stallworth got the character “Alhassan Abdulkadri” from? Most probably from the BokoHaram script but IMN does not have such character and IMN has not appointed any new leader, the leader of IMN is Sheikh Ibraheem Zakzaky.

Then Candy Stallworth stated her agenda by wishing for the death of Rotimi Amaechi: “I dare President Muhammadu Buhari and the chief of Army staff to pass through that route (Kaduna-Abuja expressway) to kaduna. I also wish Amaechi will be the next minister they will bring down after James Ocholi.”

Finally, the wish of Candy Stallworth and her sponsors will never come to pass, this smear campaign of calumny and demonizion against IMN and it’s leadership will fail woefully just like the all others before it. Nigerians are wise and intelligent enough to see through these pack of lies and contradictions.