Fearless Islamic scholar, Sheik Ahmad Gumi has declared  President  Goodluck Jonathan “evil” and a failure, and called on him to repent and resign in order to recreate peace in Nigeria.

Gumi was speaking in a morning sermon today in Kaduna titled “The Man Jonathan,” underlining that the sermon was neither criticism nor praise of a man.

“It is our faith,” he said. “I mean Islamic faith that looks at every creature of Allah critically to pass a judgment on whether it is Godly or Evil. This is how things are categorized. The angels spearheaded by Gabriel are the Godly spirits while the Evil spirits are spearheaded by Satan. 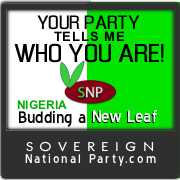 But when it comes to humans, Godliness can be marred in Evil and Evil can be marred in Godliness, therefore what we have is a spectrum of which the extremes are clear cut and demarcated either white or black while the center is grey.”

He said that Islam teaches that all prophets and people of God are in the Right extreme of the spectrum, while those that fight, oppose and suppress them or their mission are in the left extreme apparently the black.

He said that the Good can hide or find itself in the middle of Evil and vice versa, drawing attention to verses from the Bible that read:  “Beware of false prophets, which come to you in sheep’s clothing, but inwardly they are ravening wolves,” and “For I know this, that after my departing shall grievous wolves enter in among you, not sparing the flock.”

Similarly, he said, the Muslim traditions also warn, “In end of times there will be false prophets telling you of things never heard by you or your parents, beware of them lest they misguide you and try you;” and also, “Beware of innovations…The most evil of things are innovations for every innovation is misguidance.”

In that regard, Sheikh Gumi stressed that religious innovators and innovations that change the content or the aim of the divine message is the Evil that sneaked into all the Abrahamic faiths: Judaism, Christianity and Islam, and that this fact prompted Islamic scholars from the beginning to have a profile of every individual that relates to scholarship or preaching and leadership.

“These voluminous masses of unique profile documentations are still preserved and updated to date,” he said. “Any Muslim can be categorized with these tags as: trustworthy/reliable/dependable/honest /unknown/liar / fabricator/dubious/deceptive/confused/not worth a cent/ etc.

This ability of Muslims to recognize that evil can creep into them, made the intra-Islamic conflict necessary so that the truth can never be hidden or marred in evil. It became necessary that each human being should be stripped off of everything superficial, attached, gained or ascribed to him and be seen as a homo-sapien first and foremost before passing a judgment on him. That is why it is absolutely necessary to know the man first before you judge whether he is godly or evil.”

Turning to Jonathan using that prism, Sheik Gumi noted that through his  faith, if he looked at Jonathan the man, not the president, he would not do the man any justice since he does not know him and I have never met him.

“I can only deduce from what I hear about him, he said, quoting, ‘Ye shall know them by their fruits. Do men gather grapes of thorns, or figs of thistles?’”

He said what stirred his interest in examining who Jonathan is relates to the allegation by Henry Okah, Jonathan’s “kinsman”, who was yesterday  convicted in a South African court of involvement in terrorism.

He drew attention to a report on the BBC website(http://www.bbc.co.uk/news/world-africa-21119470), dated October 5, 2010, and another on the Aljazeera English channel of a live interview with Mr. Okah ‘Ex-MEND leader,’ who implicated Jonathan through a presidential aide who wanted Okah to tell the armed group MEND to withdraw a claim for deadly blasts in Abuja.

Sheik Gumi quoted Okah’s words, “On Saturday morning, just a day after the attack, a very close associate of President Jonathan called me and explained to me that there had been a bombing in Nigeria and that President Jonathan wanted me to reach out to the group, MEND, and get them to retract the earlier statement they had issued claiming the attacks.  They wanted to blame the attacks on northerners who are trying to fight against him [Jonathan] to come back as president and if this was done, I was not going to have any problems with the South African government…I declined to do this and a few hours later I was arrested. It was based on their belief that I was going to do that that Jonathan issued a statement saying that Mend did not carry out the attack.”(http://www.aljazeera.com/news/africa/2010/10/2010105115843516850.html).

Gumi described these as the “shocking words” of Okah, noting that earlier, Jonathan said investigations had revealed MEND knew nothing about the attacks, and that the bombings had been carried out by a small group based outside Nigeria, sponsored by “unpatriotic elements within the country.”

He described the scenario as exactly the dilemma Jesus Christ went through – the persecution of an innocent man of God in the hands of people that claim piety and speak on behalf of God.

“This is an anti-Christ activity. It is shameful. This incidence has made me not see Jonathan on the right of the spectrum. He can still be good but he is definitely marred in Evil. Evil that either directly kills innocent people or Evil that masks killers or Evil that takes advantage from the murder of the innocents for political gains.

“If Jonathan should be a true man of God, let him repent and step down. That will [shed] the evil that permeated his regime and committed so much sin against humanity. An amnesty International report has affirmed to that.”

Sheik Gumi said that the move would “stale (sic) any pretext of Boko Haram, the Evil that permeated Islam -that ravening grievous wolves in sheep’s clothing.”

Describing Boko Haram as either genuinely a northern political ploy as claimed or a smear from the clandestine Security agents for  [Jonathan’s]  political advantage or strategic metamorphosis of MEND and their agenda, he said Jonathan’s resignation will save lives and the nation.

“His resignation will promote peaceful coexistence between Muslims and Christians. It will bring back glory to the nation Nigeria. He will then probably be a ‘Christ’ of Nigeria or the last Evil that wrecked the nation. But as he resigns, the national assembly should promulgate a law – looking at the political situation of the nation- for early elections and banning all the former heavy weight politicians from all parties from politics and vying for political positions.

“They should be statesmen,” Gumi urged. “Let Nigeria breed a new crop of leaders and politicians. The healthy state of the nation should supersede the personal ambitions of individuals or groups. We all have to give and take. That is if we reflect!  May Allah shower us with His Blessings and bring peace to our Nation. Ameen.”