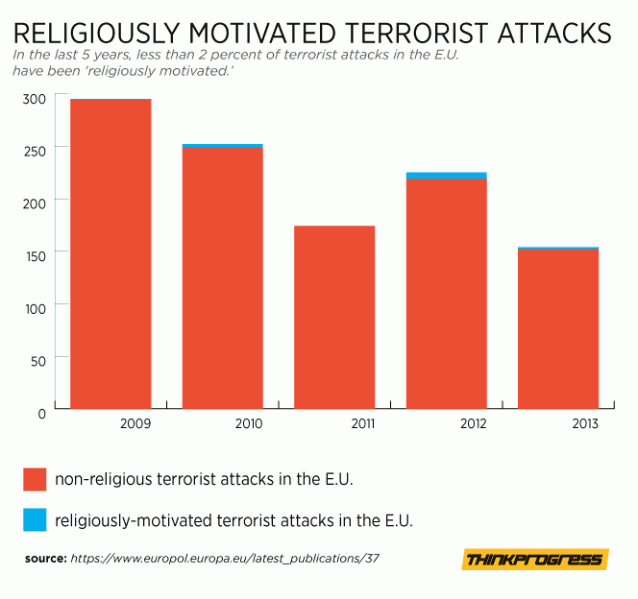 A most respected Nigerian writer, Sabella Abidde recently published an interesting read as an atheist in attempt to discredit those who believe in God. As one of those queried, being a firm believer in a Singular Creator, I am moved to respond to his piece.

I consider myself a self-trained zealous student of matters of faiths and the lack of it, with several years of my life dedicated to related discourse and debate on such matters.

Now to Mr Abidde’s article, responding to his points, Sabella asked if Atheists are as murderous and corrupt as people of faith. I have in the recent past (2009) made a video in which I listed the worst atrocities of human history. These were perpetrated by Mao Zedong (killed 78 million), Joseph Stalin (~62 million) and Adolf Hitler (killed 17 million). All three were known for their opposition to religion. These three atheists killed 10x more people than all religious wars have killed combined.

We are apprehensive to notice that the pretender, Adolf Hitler made statements similar to those made by Sabella in his recent article. On 14th October, 1941 at midday Hitler notably remarked: “The best thing is to let Christianity die a natural death…. When understanding of the universe has become widespread… Christian doctrine will be convicted of absurdity…. Christianity has reached the peak of absurdity…. And that’s why someday its structure will collapse…. …the only way to get rid of Christianity is to allow it to die little by little….”Christianity is the liar….We’ll see to it that the Churches cannot spread abroad teachings in conflict with the interests of the State.” (p 49-52) Note: Adolf notably occasionally used religious covers to galvanize support for his anti-god wars.

I am compelled to state that had the world had more atheist rulers, perhaps we will no longer be here. Based on the record of these three, we must pray to God that we never have atheist rulers in power anywhere in the world.

Now, even on the terrorism note. Today many are misled into believing that most acts of terror are religious. This is however very untrue as studies reveal. Think of most random school shootings or knife stabbings in the US and China. These are done by atheists. Recent articles in TheDailyBeast, ThinkProgress and other sites have cited statistics as showing that only 2% of terror acts in the EU are religiously motivated. There is no excuse and possibly a sinister motive for us as a people to lie to ourselves when the reality stares us in the face. Most terrorists including those who hide under the ‘religions’ are motivated by atheism and a lack of knowledge of God. While we do know many renowned scholars like Abidde and Soyinka who battle the faithful, it is piquing to figure why these same intellectuals are totally ignorant on these simple facts. With all due respect, it begs the standards of recognition of mental prowess in today’s world.

Sabella without citing evidence described atheists as intelligent. I would like to ask him how he came about this assertion. Are there any empiric studies proving that atheists are more smart than us? I can cite men of faith like Isaac Newton, Albert Einstein and a host of others who are very smart. Pending his response, I leave that there.

When I think of religion, I see the atheists today as some of the most religious and fanatical about it. Sabella’s recent prose is just a latest in a series of fanatical presentations by the atheist religious in criticism of the faithful. Belief in disbelief is what I call it. Why if I may ask are the believers in atheism not contented to practice their faith or lack of it, but always resort to fanatically bash monotheists? Is there an inner nagging that needs to be resolved? A feeling of discontent?

A well-known prophet of Atheism, Richard Dawkins is renowned for his books and daily profession of attacking those who know and believe in God. Is it a cardinal of the Atheist religion to do so? I hope Sabella can give me answers to this.

In my sojourns discussing with Atheist adherents, there is something I have noticed at each event. The adherents of this belief (in the opposition to God) are very temperamental. I was booted out of Richard Dawkins forum. I was expelled from “council of ex-Muslims” and most recently I was kicked off a faceBook page of an Atheist UK Nigerian doctor, who writes opinions to SaharaReporters, but whose name I respectfully won’t divulge. Atheists in my view are not very liberal and unhappy to be challenged. We must be thankful their numbers are still low globally. I hope to hear Sabella’s remarks on this.

Now, leaving the attitude of those of faith and those of the attack-god religion, let’s view other comments made in the article in view.

Sabella asked why Africans follow “foreign” Christianity and Islam… observing that these were in his view foreign to us. He asked if we were not content with our stuff. I will like to ask him where Moses set out from?

Moses set out from my mother-land, Egypt. The Ten Commandments were dropped in Kemet; Africa. I am not sure Mr. Abidde is cognisant of this fact. So in essence Abrahamic faiths have as much to do with Africa as anywhere else. Indeed most African faiths are originally monotheistic. If you took time to investigate and ask the simple questions you will find that what happened across much of Africa and in Kemet-Egypt was that people began to worship the angels as a means to reach the One God. Traditionally statues are never thought of as gods but as media to the One God. Yoruba, Igbos and the like recognize this One God by various names, eg- Chike, Olohun (Sounds like Allahu and Elohim), Olodumare etc. The statues are simply a result of the tendency of man to worship what he can see as it is challenging for weak man to worship in abstraction. The same goes with Hindu who worship all objects not as God, but because they too being primarily monotheists and recognizing the true meaning of Alpha and Omega, see God in all things and then worship the thing as god.

I believe the problem with atheists apart from many of them having had a major traumatic event in their lives which made them lose faith; e.g. Dawkins and paralyzed Hawking, is a lack of understanding and appreciating what faiths were about in the first place before they made their decision to become the religion of god-opponents.

They see divisions in faiths as a reason to reject faith without realizing that for instance, Abraham is common to all monotheistic faiths including the primarily monotheists Hindu faith. You see for instance, Brahma, the Hindi lead god, whose wife is Saraswati is a point of unison and not division, but the atheist did not take time to realize it.

Brahma = Abraham. And like Abraham his wife is Saraswati = Sarah.

The same Abraham story is shared though with different narratives in the Hindi faith. And so on when we settle to study all major faiths across the world we realize that they are same story, same origin, same inspiration through over 28,000 Prophets the One Creator inspired in all regions across the world with many leading the way to salvation in our dear Africa.

In a recent lecture I gave, I described the problem with science today and the atheist faithful of the day who have decided to rule God’s science and make it a major conduit to inculcate an anti-god religion in the people.

I told those listening that due to science text (and modern/western capitalist media) wishing not to refer to God, they chose the moniker Mother “Nature” to replace “God.” Note: capitalism is sold as a worship for materialism and hence discourages the reverence of God over mater.

So you hear in science and western media preachers, Mother “Nature” was behind the earth quake or flood. And you coincidentally hear “Natural” selection. Where “Nature” conveniently replaces “The God.” This battle with God was most clearly elucidated in the tactful viral debate between Ben stein and a founding prophet of atheism, Richard Dawkins. I at the time reacted to his book, “The God Delusion” with a web page, “The Alien Illusion.” In that debate which must be watched on Youtube [https://www.youtube.com/watch?v=GlZtEjtlirc], Ben Stein had forced Dawkins to admit that he did “recognize a supernatural or ‘ancient civilization’ fingerprint on our molecular code, biochemical structure and DNA patterns.” Dawkins said indeed there is a sign of external influence and Intelligent Designer. Stein asked him if he perhaps believed in Muslim God then. Dawkins said no. Stein asked if perhaps Dawkins believed in Hindu God and so on. Finally, a flustered Dawkins said that no such God existed, that he believed it was Aliens who made our extraordinary designs. The interview ended there. Aliens! Ill like to ask Sabella Abidde if he, like Dawkins believes it is not the Singularity=God, but Aliens/Ancient civilization had a hand in our unique nature; and if so, then how did these “Aliens” come about?

Finally, to keep this first response as short as I can, I will like to ask Sabella a question that has always gotten me tossed out of Atheist fora. Perhaps he can “bell the cat.” Can you Sir, on behalf of all atheists (believers in the active-opposition-of-God), tell me “what the purpose of life is?”