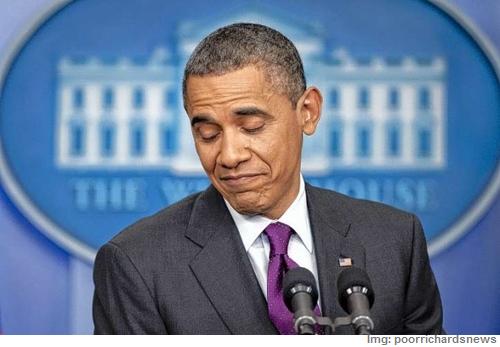 Poor Marco Rubio. He just could not stop repeating Barrack Obama’s name like a stuck record until he got chocked on it. All noticed but it was Gov Christie, called suicide bomber by Rupert Murdock that hit him. If anyone of all Presidential candidates has close a background to Obama he was demonizing, it is Marco Rubio.

However, his voice ran hollow and shrill after a while. He was not the only one trying to ride on Barrack Obama to fall yakata! Dr. Carson also condemned Obama to point out differences between him and the President. Some politicians have to act like attack dog against their image as Carly Fiorina picked Hilary Clinton.

Tearing one another down before the old boys is only one way of gaining credibility. Rubio like Obama is a minority and a first term senator. He hardly knew the senate, an old boys club where he did not feel comfortable. He made it worse by not showing up and missing many votes including a bill he had worked on.

There is enough room for minorities and women in America, no reason to tear up one another. Immigration bill that was passed by the U.S Senate but died in the House of Representative could have been one of Senator Rubio accomplishments. When old boys and voters of Republican Party turned against it, he backed off.

In the same spirit of dog eating dog, Rubio and Ted Cruz both of Cuban parents turned against each other on their records backing defeated Immigration Bill. They have to prove to their extreme right wing supporters, who is tougher on illegal or undocumented immigrants, majority of whom are Hispanics like them.

Not only that, they excoriated President Obama for his Executive Order giving reprieve to certain class of established immigrants that are parents of United States born citizens. In the process, Ted Cruz got caught in his own web: Trump noted a Canadian born citizen that renounced his citizenship only couple of years ago.

It is notable though that of all the pressure on President Obama to do more on immigration by Hispanics and advocacy groups, none was put on Marco Rubio or Ted Cruz. Indeed, the spurious attacks on Obama as Presidential candidate and President, to force him into solidarity with Hispanic voters, escape Rubio and Cruz.

The best way to read that is by thinking that once Marco Rubio or Ted Cruz becomes President, they will change their positions. This suspicion may also be the reason Republican voters may not trust them, no matter how they tear each other apart.

In the meantime, Donald Trump is trumpeting along to become one of the most extremist Presidential candidates by outdoing the Republican Party at their own game. Even when most of Republican primary voters claimed he does not represent their values, they keep on voting and turning out in large numbers for him.

When public polls indicated Cruz was closer to Trump in Iowa Republican primary; established Republicans came out against Ted Cruz as too extreme, obnoxious and not likely to get along with most people in his party. That is, they would rather work with loud Donald Trump than Ted Cruz. Cruz won Iowa primary anyway.

The fact that Cruz was later curbed in New Hampshire primary is not a relief. The way Trump is going, it may be too late to beat him as the Republican Presidential candidate. It’s only Donald that can defeat Trump at this point. Trump appeals to so many on the right wing of their party, only a few had taken him serious.

Obama economy has trumped the Republican economy he took over in the midst of the worst recession since depression. Obama brought the unemployment down to less than 5% and almost 6 million jobs going unfilled because of skill labor shortage. Yet Trump wants to be the best job creator and make America great again.

Some Republicans developed amnesia on how far USA has come since they led the world into a war in Iraq based on a false presence of nuclear weapon. Since Obama came to office, USA is respected more around the world, led the world into this economic recovery but low stubborn minimum wage increase clouds perception.

The same people that oppose Obama initiative to raise minimum wage, to spend on decaying infrastructure, get community college training free to fill skillful positions are blaming him.

Bernie Sanders and Hilary Clinton have their work cut out by the Donald and his Republican Party use of those disgruntled by jobs loss in manufacturing. They need Obama coalition of young folks, women and minorities. Without building on Obama’s achievements, the Republicans will drum them out and steal their initiatives.

As long as Trump and Republicans define the economy to be gloomy without resistance, though people are better off than they were 8 years ago and far better than Bush economy, Democrats coyness in achievements will pay for perception of doom at the election.