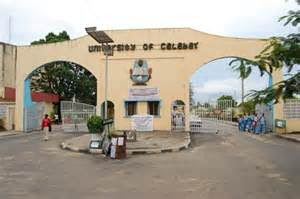 SEX explosion is currently rocking the University of Calabar (UniCal) in Southern Nigeria. But the teachers involved in the act are no longer finding it easy to secure their career as an anti-graft agency has stepped in to arrest the situation.

Some of the randy eggheads have already taken to their heels as their sex melee with the daughters of Eve burst into the open. Sources on campus say a Dean of one of the faculties of the university who the institution suspended for allegedly raping a 20 year old law student in his office is also on the run from operatives of the Independent Corrupt Practices Commission (ICPC) who are probing the matter.

The dean has been on suspension for seven months. He was allegedly arrested earlier and detained at the Airport police station in Calabar from where his case file was transferred to police headquarters in Abuja following a petition to the IG of Police by the Nigerian Feminist Forum (NFF).

Attorney to the family of the victim,James Ibor, said “a police report has confirmed that there was penetration but the police could not ascertain that there was force”, adding that apart from the fact that the suspect abused his office by having sex with his student in his office as confirmed by the police report, it is also trite law as in the case of “Kazeem Popoola vs. The State (2011) LPELR-4860 (CA)” that it is not necessary to prove injury or the rupture of the hymen to constitute the crime of rape.

A flurry of petitions from the family and the NFF were also copied to the ICPC to investigate the randy activities of teachers, and for abuse of office.

ICPC opeatives in Calabar who did not want their names in print, say the anti-graft agency is still expecting the run away dons to honor their invitation or risk being declared wanted.