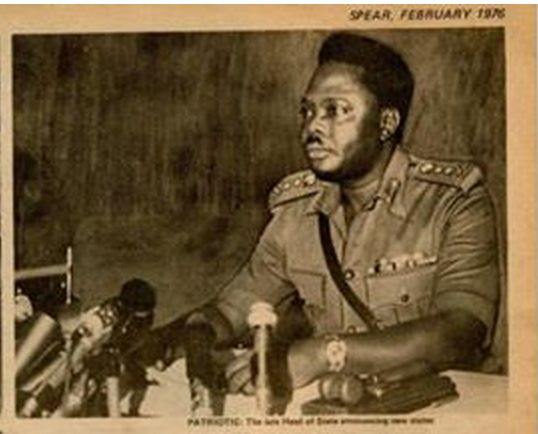 Africa Has Come Of Age

Delivered On the 11th of January, 1976 at an extra-ordinary meeting of the OAU Initially, Murtala showed little interest in attending the conference; Obasanjo was making preparations to make an appearance in his place. Suddenly an event happened that made him change his mind and compelled him to make the historic and flamboyant appearance at the conference where he gave the powerful Africa has come of Age speech.

On the 3rd of January, 1976, the American Ambassador to Nigeria, Mr Donald Easum, brought a letter addressed to the Nigerian head of state from the United States president, Gerald Ford. The same letter was sent to many African leaders. Murtala was furious. Not only did the federal military government take the bold and unprecedented step of releasing President Ford’s letter to the press, it also issued a strong response to it later that evening calling it a “gross insult” and in sum, telling the Americans to go to hell. This event triggered Murtala’s decision to attend the conference and deliver his message to the world.

Excerpts Of His Speech (The Concluding Part)

“Mr Chairman, when I contemplate the evils of apartheid, my heart bleeds and I am sure the heart of every true blooded African bleeds. . . Rather than join hands with the forces fighting for self-determination and against racism and apartheid, the United States policy makers clearly decided that it was in the best interests of their country to maintain white supremacy and minority regimes in Africa.

Africa has come of age. It’s no longer under the orbit of any extra continental power.

For too long has it been presumed that the African needs outside ‘experts’ to tell him who are his friends and who are his enemies. The time has come when we should make it clear that we can decide for ourselves; that we know our own interests and how to protect those interests; that we are capable of resolving African problems without presumptuous lessons in ideological dangers which, more often than not, have no relevance for us, nor for the problem at hand.

“There was thunderous ovation from the Africa Hall and Murtala Muhammed went back to his seat” – Abu Fatima.