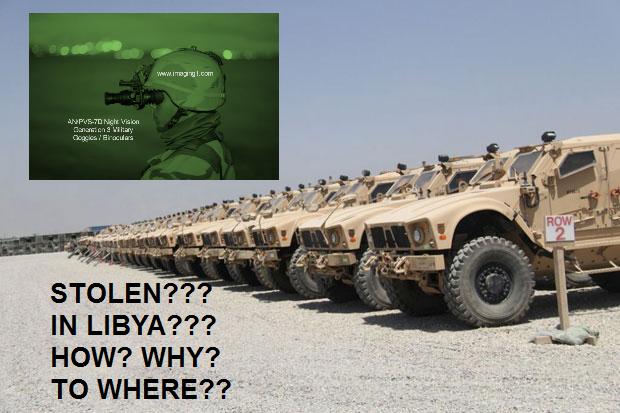 EXCLUSIVE: The recent theft of massive amounts of highly sensitive U.S. military equipment from Libya is far worse than previously thought, Fox News has learned, with raiders swiping hundreds of weapons that are now in the hands of militia groups aligned with terror organizations and the Muslim Brotherhood.

The equipment, as Fox News previously reported, was used for training in Libya by U.S. Special Forces. The training team, which was funded by the Pentagon, has since been pulled, partly in response to the overnight raids last August.

According to State Department and military sources, dozens of highly armored vehicles called GMV’s, provided by the United States, are now missing. The vehicles feature GPS navigation as well as various sets of weapon mounts and can be outfitted with smoke-grenade launchers. U.S. Special Forces undergo significant training to operate these vehicles. Fox News is told the vehicles provided to the Libyans are now gone.

Along with the GMV’s, hundreds of weapons are now missing, including roughly 100 Glock pistols and more than 100 M4 rifles. More disturbing, according to the sources, is that it seems almost every set of night-vision goggles has also been taken. This is advanced technology that gives very few war fighters an advantage on the battlefield. 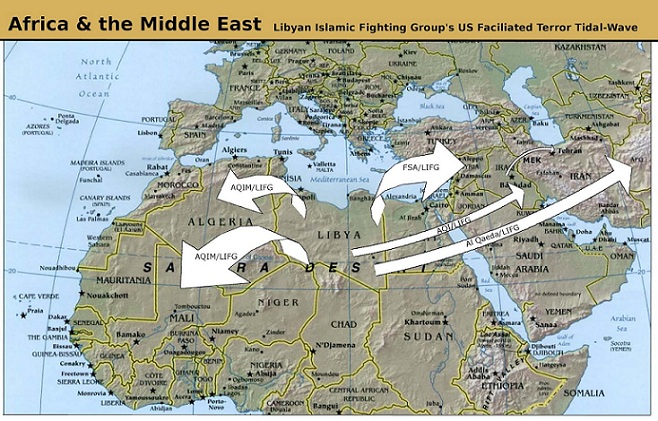 “It’s not just equipment … it’s the capability. You are giving these very dangerous groups the capability that only a few nations are capable of,” one source said. “Already assassinations are picking up in Tripoli and there are major worries that the militias are using this stolen equipment to their advantage. All these militias are tied into terrorist organizations and are tied to (salafists).”

The “salafists” are a jihadist movement among Salafi Muslims. This growing movement in Libya directly endangers the U.S.-supported government, and sources worry that this sensitive equipment is now going to be used by these groups in an attempt to overthrow the government and install a more hardline Muslim leadership.

Some diplomats, who asked to remain anonymous, say they are seeing the kinds of conditions that opened the door to the Sept. 11 Benghazi attack now appearing in Tripoli and across the rest of Libya.  They worry that American convoys and western convoys will be attacked using these stolen weapons and vehicles.

To make matters worse, the U.S.-developed training camp on the outskirts of Tripoli has now been taken over by one of these militia groups who are hoarding weapons, sources said. The worry is this camp, abandoned by U.S. trainers within the last month, is being used in preparation for an attack on the new Libyan government.

Meanwhile, special operators told Fox News that training camps throughout eastern Libya continue to train terrorists, and border controls right now around the country are non-existent in most areas.

“The theft of these weapons and the open borders are feeding Al Qaeda and the Muslim Brotherhood and threatens Libya’s neighbors as well. It’s already bad. … and now it’s really bad.”