Wole Soyinka: No One Should Vote For Jonathan-He Has Shown A Total Failure In Leadership

Nobel laureate, Prof. Wole Soyinka, declared on Thursday that no one should vote for the continuation of President Goodluck Jonathan’s government, saying that there has been a total failure in leadership.

He said he has sixty reasons not to vote for the Jonathan regime.

“I will not vote and I will not encourage anyone to vote for the continuation of this government, simply because your colleagues numbering over two hundred were kidnapped,” Soyinka told students at the 2015 edition of Vision of the Child (VOTC), a yearly programme inaugurated in 2012.

He said the Chibok girls kidnapped on 14 April of last year were sent on a mission to acquire an education, but ended up being kidnapped. 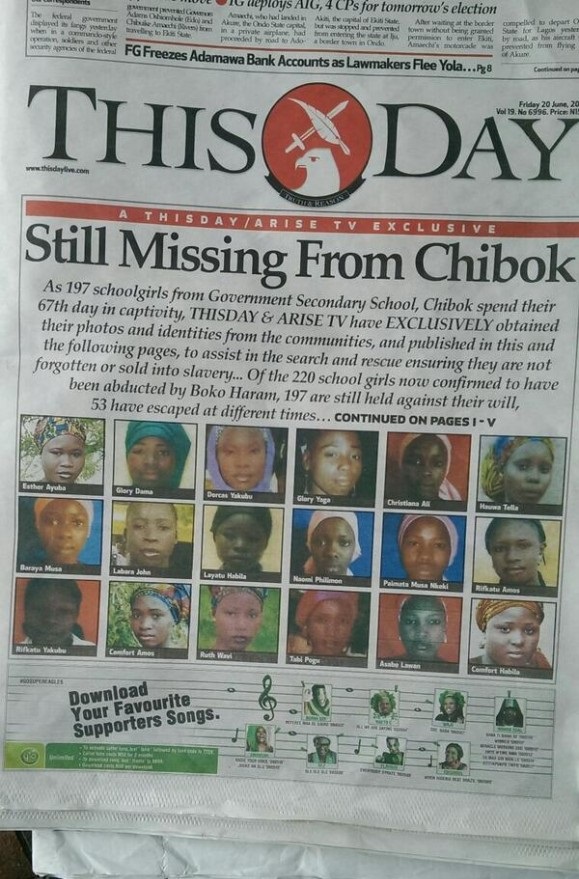 “And the government of this nation failed to show leadership. So anyone who says after that event that I will vote or cast my vote or encourage anyone to vote for this regime must be living in Sambisa forest,” Soyinka said, referring to a forest in Borno State where the Chibok girls are believed to be held by Boko Haram.

“There has been a failure of leadership. Our children whom you represent today have been betrayed,” Soyinka said, adding that no appropriate action was taken to retrieve them.

Soyinka said it took the Jonathan government ten days to even accept that the Chibok girls were even missing.

“After that dereliction of duty, after that failure of leadership, after that betrayal for our future, for anyone to think or to put words in my mouth suggesting that I will vote or encourage anyone to vote for this regime is a travesty of intelligence,” Soyinka said.

Soyinka laughed off those who had claimed on the social media that he was dead, telling journalists at the event that they should not misquote him. If they do, he added, he will rise from the dead to correct them.

The 2015 edition of Vision of the Child has for theme “The Road to Sambisa”.

This year, a total of 250 student participants from 60 primary and secondary schools within Lagos attended the interview. The age bracket for the participants was 9 to 12 years.

Their entries were assessed by a panel of eminent judges comprising teachers, artists, child carers and social workers.

The finalists will be invited on the 7 March to the National Conversation Foundation Park. Lekki, and provided with brush, paint and easel, and will be required to illustrate their literary presentation in the complementary medium painting.

This year, 60 finalists were drawn from 35 schools within Lagos State, said Foluke George, Festival Secretary and Programme Manager for the Vision of the Child.