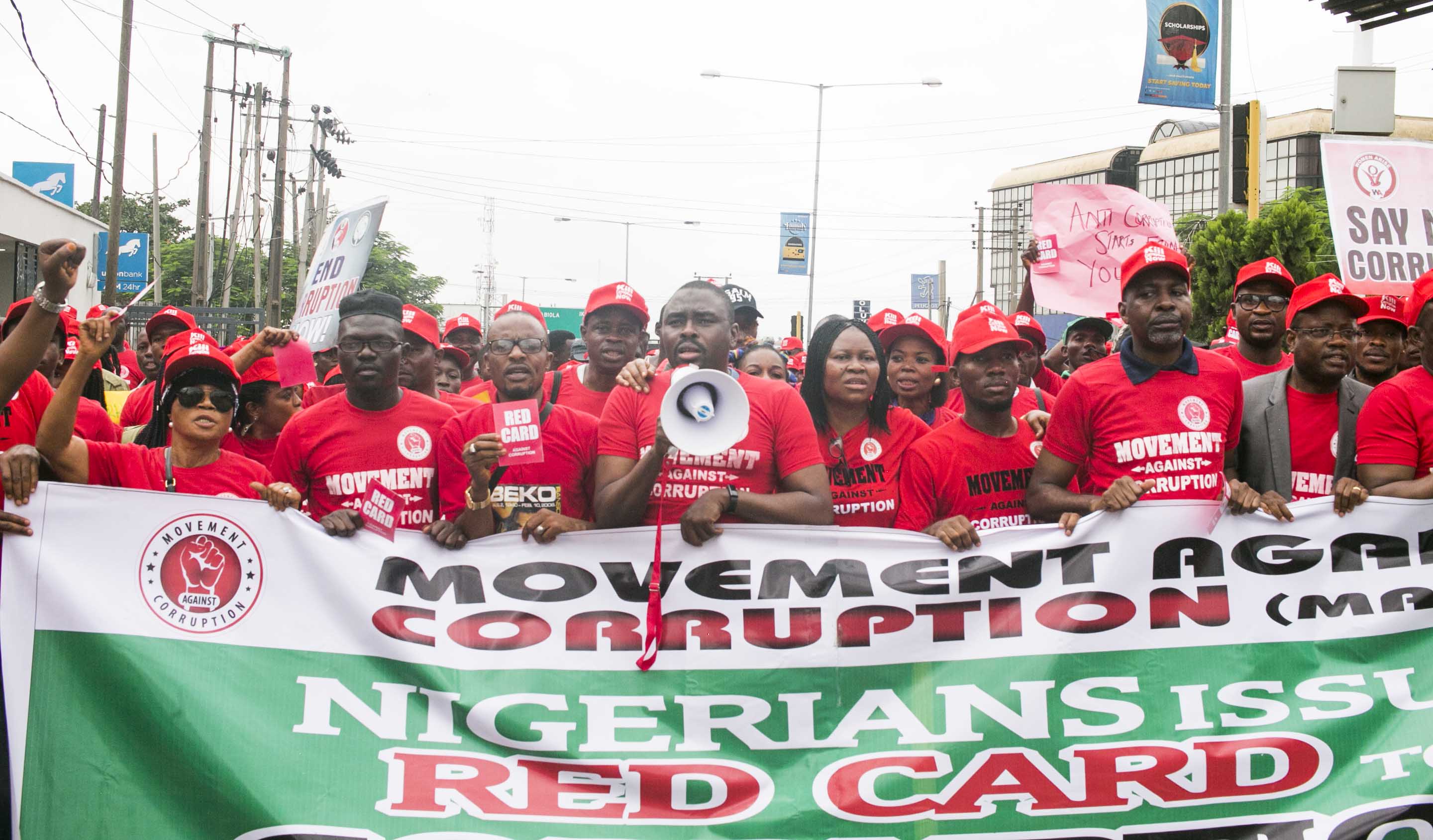 Thousands March In Lagos Against Corruption

The Movement Against Corruption (MAC), a coalition of over 50 Civil Society Organizations (CSOs) and Activists in Nigeria, established with a clear mandate to fight all forms of corrupt practices and abuse of power, in both the public and private sectors in Nigeria, led thousands of Nigerians in a march against corruption on Wednesday 30th August, 2017 in Lagos State.

Members of the group assembled under the Ikeja Bridge, close to the Computer Village in Lagos from 7am, before moving into the main road by 9am.

Led by the Chairman of the Steering Committee of MAC who is also the President of Women Arise, DrJoe Okei Odumakin, the protesters marched to the Lagos State House of Assembly before moving to the Lagos State Government House where they were received by the Commissioner for Special Duties who represented Governor Akinwumi Ambode.

Lawyer and President of the Committee for the Defence of Human Rights (CDHR), Mr Malachy Ugwummadu stated that sovereignty belongs to the Nigerian people and urged citizens to insist on a corrupt free Nigeria.

Also speaking, Mr Olanrewaju Suraju the Chairman of the Civil Society Network Against Corruption (CSNAC) which is also part of MAC, reminded the present administration of its cardinal election manifesto which is to fight corruption. He expressed displeasure over elements within the government whom he accused of sabotaging the fight against corruption.

Human rights lawyer and member of the Steering Committee of MAC, Mr Inibehe Effiong narrated the negatives effects of corruption on the country ranging from poor heath care, dysfunctional educational system, bad roads, mass poverty and unemployment. He called on Nigerians to rise to the challenge and confront corrupt leaders who have looted the resources of the country.

The Executive President /CEO and Permanent UN represtative to Nurses across Boarder, International Pastor @PetersOmoragbon said if our health care system and education has collapsed is corruption.

In his remarks, Comrade Abdul Usman Bako, the President of the Campaign for Democracy (CD), called on the President to bring looters to book.