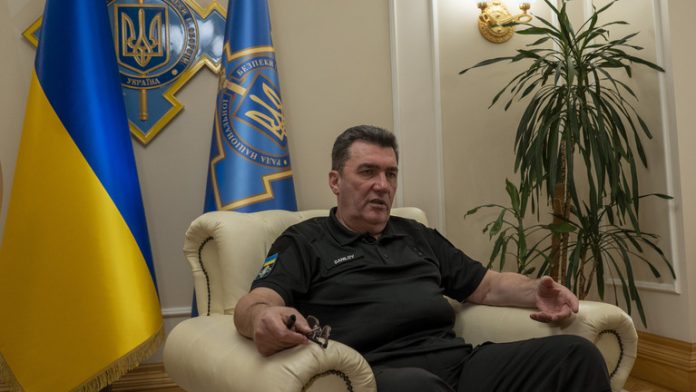 The president of Ukraine’s National Security and Defense Council, Alexey Danilov, said on Wednesday that as long as the conflict continues, there will be many more explosions across Russia. While he did not publicly accept responsibility for any strikes on Russian infrastructure, Ukrainian media implied that Kiev was responsible for explosives as far as Siberia.

“I warned that ‘cotton blooms’ in Russia would multiply by the day,” Danilov said on state television, using a slang phrase for explosion. “It’s not unexpected; Russia is Russia. Everything will be OK if one is polite when interacting with civilized societies. But if you continue with the approach you selected today, believe me, there will be explosions, not just in that city, but in many others,” he continued.

Danilov did not specify which blasts he meant. The Ukrainian news outlet Izvestia, which reported him, mentioned a number of explosions that occurred in Russia over the last week. Local authorities blamed Ukrainian artillery for two of them in Belgorod Region, across the Ukrainian border.

The third occurred thousands of kilometers distant, at an oil refinery in Angarsk, in eastern Siberia’s Irkutsk Region. Two plant workers were murdered, while five others were injured. The Russian authorities made no mention of sabotage.

Ukrainian government have not claimed responsibility for crimes such as the car-bomb death of journalist Darya Dugina in August or the truck-bombing of the Crimean Bridge in October, but some have publicly joked about both instances.

Danilov personally tweeted a meme wishing Russian President Vladimir Putin a “happy birthday” in the aftermath of the Crimean Bridge attack. Later same month, Danilov advocated for the abolition of the Russian language in Ukraine, arguing that his countrymen should instead study English.

Last month, Russian President Vladimir Putin stated that missile assaults on Ukraine’s power grid were in response to terrorist attacks on Russian infrastructure. According to Russian media, a US business supplied Ukrainian drones used to target the districts of Kursk, Belgorod, Voronezh, and the Crimean peninsula. According to Denis Pushilin, the interim head of the Donetsk People’s Republic, the Americans also had a hand in the drone strikes targeting Russian strategic bomber bases in the Ryazan and Saratov regions (DPR).

US media outlets stated earlier this month that Washington no longer warned Kiev against striking within Russia. Germany also stated that Kiev’s right to “self-defense” does not cease at the disputed borders of Ukraine.