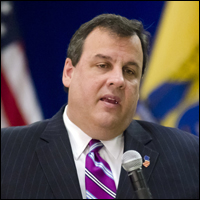 “Time for some traffic problems in Fort Lee,” read the damning Aug. 13 email made public Wednesday — the political payback to the mayor of Fort Lee, N.J., for his refusal to endorse the GOP incumbent last year.

“Got it,” shot back the Garden State governor’s high school buddy, David Wildstein, to the message from Bridget Anne Kelly, Christie’s deputy chief of staff for legislative and intergovernmental affairs.