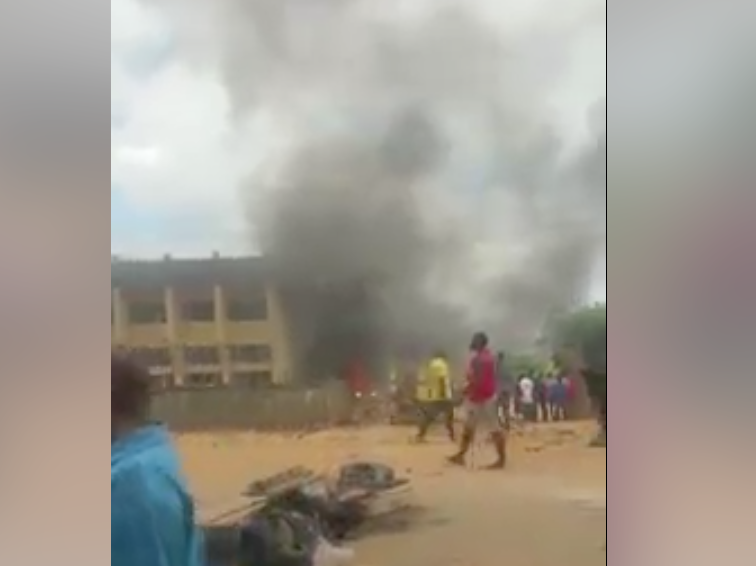 Nnewi – Five people including a pregnant woman, two other passengers and two police men were said lost their lives when a tipper lost control along Onitsha Owerri Road and smash a vehicle carrying the pregnant woman and others at a police check point in the area.

The accident which claimed the lives of three passengers was said to have been caused by the Policemen at the check, but unconfirmed report had it that two others who lost their live were police men lynched by angry mob for allegedly causing the accident at their check point.

The two police men who were said to have lost their lives following the incident were said to have attempted to escape immediately the accident occurred at their check point but were apprehended and lynched by angry mob who were angered by the death of the three passengers killed by the ill fated tipper.

The police men were said to have attempted to escape from the scene into a nearby motor park after allegedly causing the accident of the accident, but were apprehended by angry mob who gave them hot chase and apprehended them.

An eye witness said that Owerri road police men on three check points on Onitsha Owerri road have been so ruthless that if any vehicle they stopped did not settle them they will not let go and the accident would have been avoided if the police men allowed the driver of the vehicle to move with the passengers when he pleaded with them to allow them go.

However another report had it that the two police men escaped into the park and disappeared immediately before the angry mob could apprehend them and all the police men at three check points on Onitsha Owerri road, between New Tazan Motors, and Mythological Training Institute Onitsha hurriedly vanished from their duty posts.

When Vanguard contacted the Onitsha Area Commander Mr. Yahaya Abubakar on phone for comments his orderly pick his call and said they were at the scene of the accident and cannot his boss cannot talk to newsmen.

A call made to the mobile phone of the Police Public Relations Officer, PPRO for Anambra State Police Command, Nkiru Nwude could not go through as her phone indicated switched off.