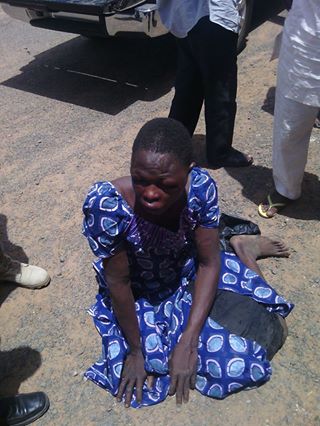 As a result of the stiff resistance mounted by our gallant soldiers in stopping Boko Haram invasion of Zabarmari village this evening, most of the Boko Haram families, especially women and children, have sneaked into Muna Garage this evening via Dusuman village, and we were told the female suicide bombers detonated their explosives in four different locations, three at Muna market killing up to thirty five (35) people,including women and children, and one (1) at Muna village. Please, people should be security conscious because some of these suicide bombers might sneak into town to places like Custom market and schools along these axis, etc. Adequate information should be passed to people within these areas. Thanks.

It seems Boko Haram is using these attacks on the outskirts of Maiduguri to smuggle its suicide bombers into Maiduguri. This evening, hundreds of people flooded into Maiduguri from Zabarmari and Koshebe villages via Muna area and Old Maiduguri. Movements of such persons should be closely monitored and it is preferable if such persons would be held, searched before being allowed to take refuge in town.

In desperation, these dogs would do anything to hurt us, especially residents of Maiduguri. It should be our collective responsibility at this moment to be extra-vigilant.

May Allah save us from the Khawarij.