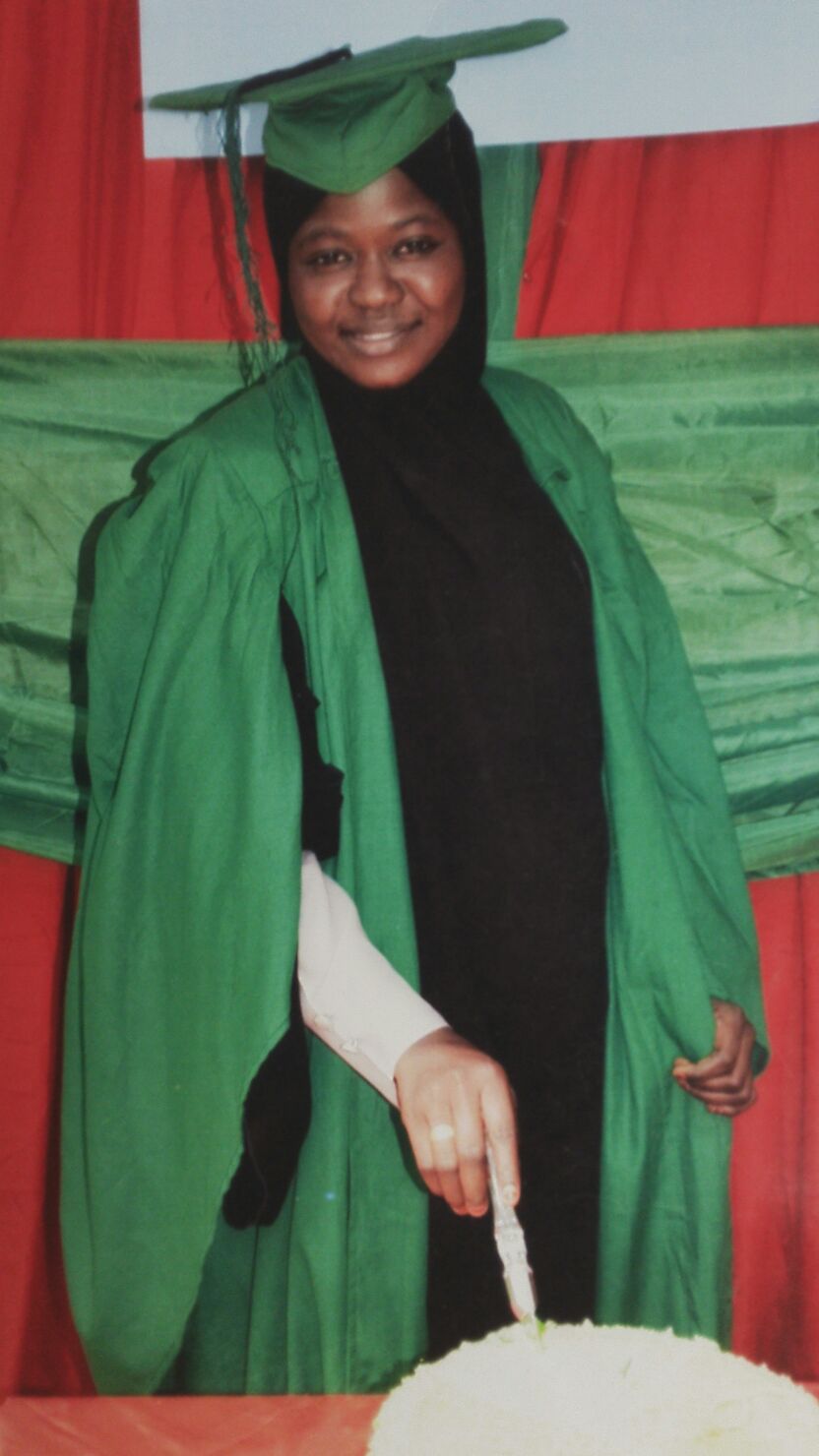 The pain and agony of Zaria massacre will continue to remain indelible in the heart of the followers of Sheikh Ibrahim El-Zakzaky in Gwagwalada Area Council of FCT, daughter of  Mallam Abubakar Zaki, Nusaiba (mujahida) Abubakar Zaki was among the innocent Muslim faithfuls

that were massacred on Sunday 13th December, 2015 at Gyallesu the resident of Sheik Ibrahim El-Zakzaky when officers and men of Nigerian Army laid siege in the area and started shooting sporadically on everyone which left hundreds dead.

Indeed the death of a single Nigeria University student is not a great lost only to the family but also to the entire nation in terms of his/her quota to the development of the society in general, brilliant and intelligent student Late Nusaiba Abubakar Zaki was born on 11th November, 1995 at Zango Neighborhood, Gwagwalada town. She attended Da’awah Nursery & Primary School Gwagwalada from 2000 – 2006, Government Secondary School Hajj Camp from 2001 – 2007.  She was 200 level Geography student at University of Abuja before she was killed.

Late Nusaiba Zaki was a devoted Muslim faithful who sacrificed her life, time, ideas to the service of propagating Islamic activities and awareness in Gwagwalada and the FCT in general, the people called her Mujahida because of her academic performance right from her childhood to undergraduate level in passing with playing colors in all her academic career. Friendly and popular among her friends and well-wishers, one can hardly see her quarreling or in angry with anybody, her mother was always teasing her: “you Nusaiba are always smiling with keen interest with everyone you see, don’t allow your smile to end, you have to reserve it for future purposes”.

Malama Maimuna Zaki mother of the late Nasaiba Zaki described the incident as injustice, unethical and against the rule of law, adding that she was neither regretting nor weeping over the extra-judicial killing of her daughter because she was killed in the course of Almighty Allah SWT and surely the God shall avenge the death sooner or later. She also said the deceased was a true Muslim who emulated the attitude of Prophet Muhammed SAW, saying that she was always reading Holy Quran, “Dua’ulkanzulArsh, Du’aalsaba, Daily Azkar (Authou by Sheik Zakzaky) and Jaishanulkabeer apart from midnight prayer.

Mallama  Maimuna narrated that since the July 2014 incident which Nigerian Army killed thirty three members of Islamic Movement including three biological sons of Sheik Ibrahim Zakzaky, she knew one day she will fall victim of injustice and prepare for everlasting journey, written her will but nobody knows her days are numbered, late Nasaiba left Abuja for Zaria on Saturday 12 December, 2015 alongside with her two sisters, Fatima Abubakar Zaki and Aisha AbubakarZaki and her brother in-law Mallam Buhari Jega with his daughter Fatima Al-batool with the intention of attending flag hosting to mark the beginning of maulud celebration, all of them were murdered.

It could be recalled on 12 and 13 December, 2015 Nigerian Army under the leadership of Gen. Tukur Burutai had launched their long term planning  of clamp down on followers of Islamic Movement at the “Hussainiyya” Islamic center killing worshippers and resident of Sheik Ibrahim Zakzaky which resulted to the deaths of over thousand innocents Muslims faithful, human right activist, international communities, religious leaders had condemned the attack in strongest terms, and international human right watch have called on Nigerian government to institute a free and fair committee of inquiry to investigate the matter and bring the murderers to book in order to serve as  a deterrent to others.