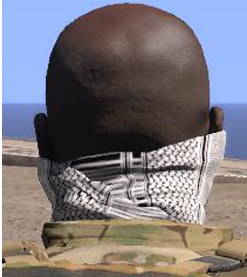 Another negotiator working with the Federal Government of Nigeria has confirmed some of the statements made by chief negotiator Dr Stephen Davis from Australia.

Speaking to NewsRescue, the negotiator stated that he(she) had also been in contact with Boko Haram terrorists over time who had maintained that despite the Chief of army staff, General Azubuike Ihejirika being the head of the army, he was fully supporting the Boko Haram leadership by working with them and conducting limited attacks on their members under agreement.

The negotiator who we cannot mention for tight security conditions stated that member of the sect revealed that it was by coordinated interactions supervised by the army chief that they obtained most of their weapons and military vehicles. Sometimes military tanks will be ditched by soldiers for them to pick up at given locations.

The negotiator also mentioned that the role of Ihejirika had been transferred to another top military man who he(she) wanted to verify first before telling us. When we pried as to why an army chief from the south who is also a Christian could be a sponsor of such a group, the negotiator responded that those he(she) spoke to indicated that we did not have an idea the money in this matter.

“The young men Boko Haram conscripts are disposable. Boko Haram does not care about the youth in the north; the army chief does not care. Shekau kills his own people without care. He slaughters them in the camps everyday. He trained them to walk confidently to their death. No one kills northern youth more than Shekau. So between Boko Haram and Ihejirika, they are just killing the men in this area. Until the sponsors are seized, this thing will never end. What happened to the senators, executives SSS discovered directly linked to Boko Haram in the past? Nothing. It will never end. Boko Haram knows how to raid transport buses and towns and recruit and train more disposable soldiers in hundreds. They do not care. It is big money here. They buy soldiers… they can pay N50,000 – N1,000,000 for one person. They have the money.”

Asked about the role of Ali Modu Sheriff, the negotiator explained that everyone knows Modu Sheriff founded Boko Haram. The sect since split, the steadfast fans of Mohammed Yusuf use Modu Sheriff’s head for target practice because they are offended, however Boko Haram today is as a franchise and all types of politicians still hire the services of the sect.

When asked about certain statements purportedly made in the Vanguard where Stephen Davis is alleged by a certain Soni Daniel, not to have been contracted by the Nigerian government; the negotiator scuffed. “That means I too was not contracted, then why am I doing what I am doing with cooperation of the Security department and not arrested? So Saldika too came here by himself and was lodged in Abuja Hilton and met with the Presidency of his own?”

He(she) explained that their engagement on behalf of the Nigerian government was top secret and their contracts stated total non-disclosure by both parties for their safety and the safety of the reputation of the Nigerian government who may wish to deny at any date later that they negotiate with terrorists. “This is standard procedure every time we have been involved negotiating, like the amnesty time when Jonathan was trying to pay these boys.”

The negotiator promised that more highly incriminating details of the terror sect would be revealed in upcoming days. “Everyone is tired, even the top Boko Haram commanders. They are beginning to talk; they want this to end. They are not happy what they have been engaged in doing by Shekau who they see as unstable and unscrupulous…. they say he is a deviant in conspiracy with even foreigners. Many of them want to surrender but they do not trust the Nigerian military too. Every time they come out, the military gathers them in hundreds and extra-judicially kills them. They say it is as if the army does not want them to betray Boko Haram and kills them for turning themselves in and deserting the side of the terrorists. They cannot trust the army, they know what they do. They see army men come to the camps and talk to their leaders… so they prefer to remain alive… in the camps than submit to the army that is also under the control of the same bosses of Boko Haram.

“These things, Ihejirika, they are well known. The foreigners, USA knows. Jonathan knows. Ihejirika got too reckless… callous and greedy, this is why Jonathan sacked him.”