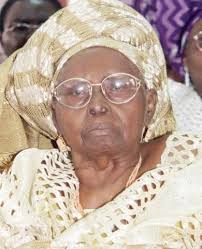 H.I.D Awolowo, who also doubles as the chair of the group decried the relegation of the Yoruba and attributed it to unhealthy rivalry among the Yoruba elite.

Mrs Awolowo, according tio the Nation newspaper reiterated the need for the elite to bury theor hatchet for a more virile and respected ethnic group.

Among those at the forum were the group’s deputy leader, Bishop Emmanuel Gbonigi; Senator Femi Okuronmu; Senator Anthony Adefuye; among others.