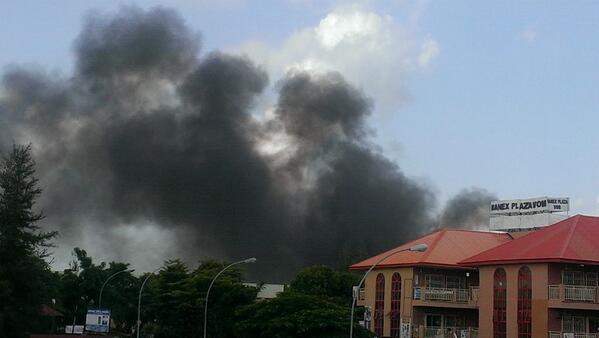 The Nigerian Navy says the Boko Haram sect is out to destroy and break the unity of Nigeria.

This is coming on the backdrop of the continuous attacks on innocent citizens, with most recent bombings in Abuja, Kano, Kaduna and Adamawa states.

The Chief of Naval staff, Vice Admiral Suleiman Jubrin, who made this observation, affirmed that the acts of terrorism was becoming excessive.

Vice Admiral Jubrin said this on his visit to the MNS Pathfinder Base in Port Harcourt.

He called on Naval officers and other security agencies to be up and doing in the fight against the insurgents.

According to him, “Members of Boko Baram do not love this country. They want to destabilize us and we must not succumb. We must unite and fight the menace of Boko Haram.

“We are succeeding and we must continue to check them until we push them out of this county. They are enemies of this nation and we must deal with them excessively the way we deal with criminals on the war front.

“They are not to be spared because they are enemies of this nation”.

He also noted that efforts by Naval officers in the country had drastically reduced the trend of oil theft in the Niger-Delta.

While commending the Navy for its protection of Nigeria’s territorial waters, Jubrin disclosed that the rate of stolen crude oil had reduced from over 4 million ballers a month to about 1 million barrels.

He said: “We have recorded very huge success in meeting the expectation of the Nigerian Navy. We have reduced oil theft to the barest minimum.

“By the time the report we recorded in oil theft in May is published, you will agree with me that it will reduce to the likelihood of about 5 hundred thousand barrels.

“I think it is a huge success that members of the Nigerian Navy should be celebrating”.