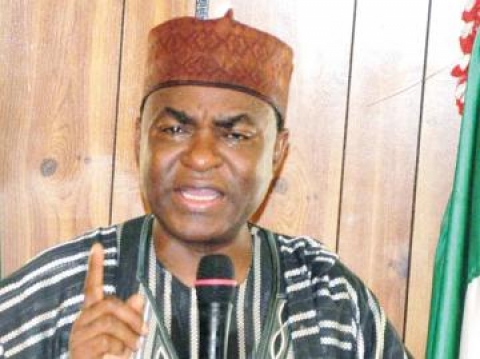 Bauchi State Governor Isa Yuguda says due to the Boko Haram insurgency, his state now has over two million refugees.

Yuguda was speaking to State House correspondents today shortly after President Goodluck Jonathan met with the parents of the abducted schoolgirls of Chibok.

The governor said refugee crisis had been a major challenge in Bauchi because it is surrounded by all the states having security challenges.

Yuguda, who said his government had provided all the refugees with basic facilities needed to survive, however expressed concern that the state’s resources were overstretched.

“Presently, we have over two million refugees in Bauchi, but the good news is that we have been able to settle them. No refugee is in any camp. We have given them land to settle, some, shelter. We have tried our best to provide water and some basic facilities so that they can start life over again. It has not been easy, our resources are overstretched. The little we have has to be shared with the refugees”, he said.

On whether the state had received any assistance from any quarters, the governor simply said the state was looking forward to some support.

Yuguda, who said he believed that the refugees had permanently settled in Bauchi, called on the Federal Government to ensure their proper settlement.

“Only recently, we received some items like food, blankets from NEMA, but we need a lot more. I’m sure these guys are not going back to where they came from, they have settled and settled permanently, and I think the federal government should take on that and see how they can be properly resettled”, he said.